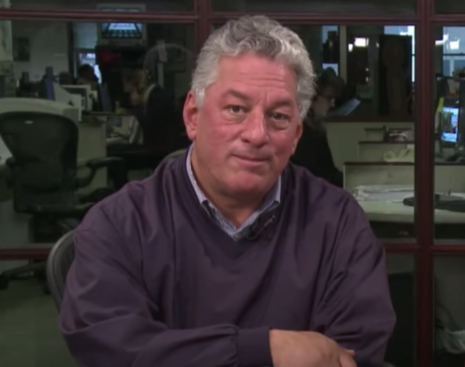 Kass fired back at The Chicago Tribune Guild for criticism he received for a column he wrote addressing the “growing sense of lawlessness in America’s urban areas” in a piece headlined “What happened to an America where you could freely speak your mind.”

Specifically, the column that was criticized “explored the connections between soft-on-crime prosecutors and increases in violence along with the political donations of left-wing billionaire George Soros, who in several states has funded liberal candidates for prosecutor.” Kass alleged that the Chicago Tribune Guild “wrote an open letter to management defaming me, by falsely accusing me of religious bigotry and fomenting conspiracy theories.” He then alleged in response: “I will not apologize for writing about Soros. I will not bow to those who’ve wrongly defamed me. I will continue writing my column.” [Emphasis added.]

Kass stated that “Soros’ influence on these [prosecutor] races is undeniable and has been widely reported.” Kass listed the infamous prosecutor in the Jussie Smollet case Kim Foxx as one such example.

“But in that column, I did not mention Soros’ ethnicity or religion,” Kass said.

For Kass, “it seems that the general attitude in journalism is that super PACs and dark money are bad, unless of course, they’re operated by wealthy billionaires of the left. Then they’re praised and courted.”

Kass then took aim and nuked the cancel culture enthusiasts he said are trying to wreck his career:

Most people subjected to cancel culture don’t have a voice. They’re afraid. They have no platform. When they’re shouted down, they’re expected to grovel. After the groveling, comes social isolation. Then they are swept away. But I have a newspaper column.

In his conclusion, Kass powerfully addressed the trend that he sees overtaking American politics. “Those who do not behave will be marginalized,” he commented. “But those who self-censor will be praised. Yet what of our American tradition of freely speaking our minds? That too, is swept away.”

Contact Chicago Tribune at 1-800-874-2863 and demand the Editorial Board defend free speech.