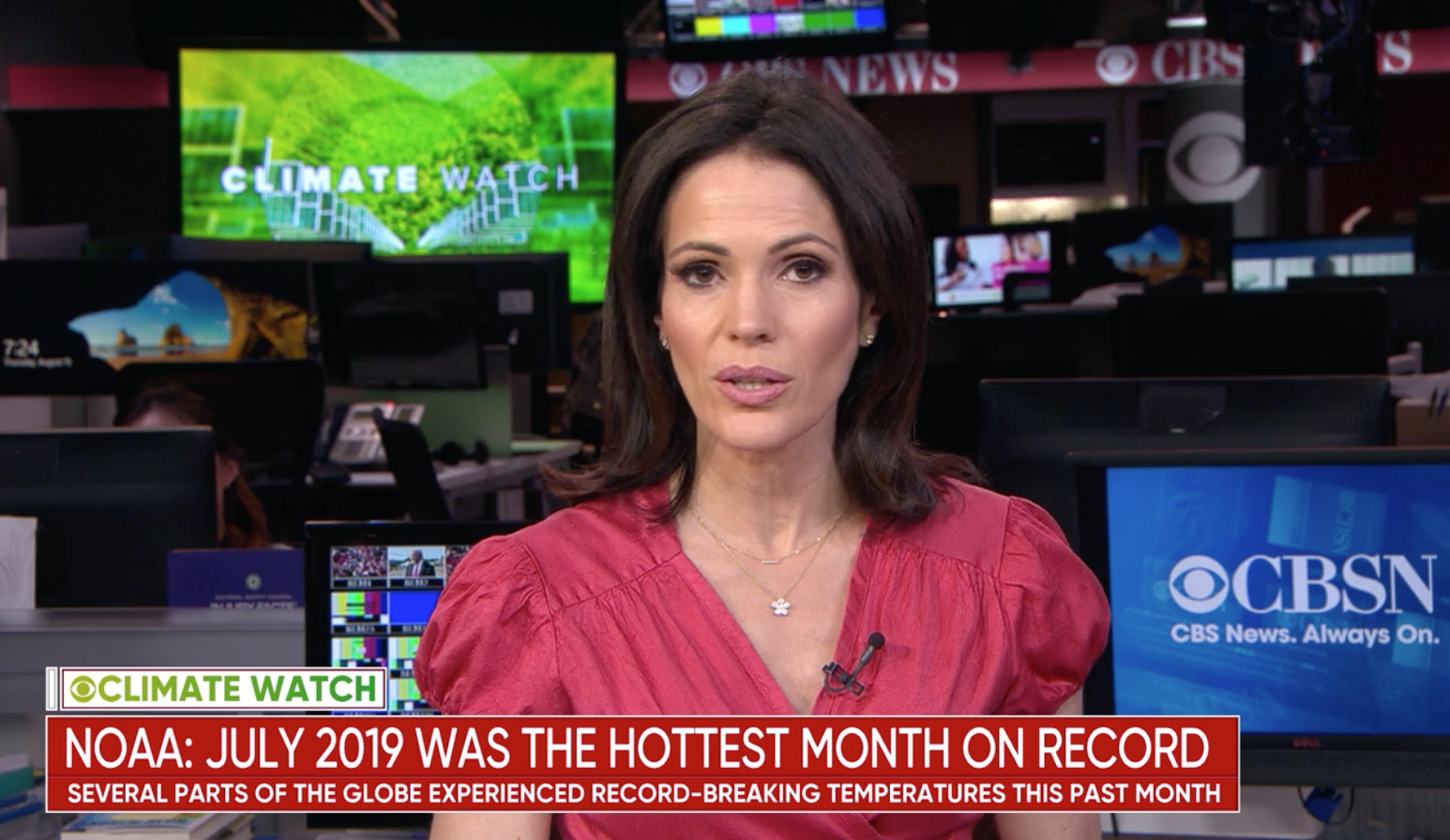 “Hottest month in human history” has a certain ring to it. But some scientists say that ring isn’t true.

The liberal media, always on the lookout for ways to demand action on climate change, latched on to a recent National Oceanic and Atmospheric Administration (NOAA) report, claiming July 2019, was the “warmest on record for the globe.” The United Nations claimed the same thing on Aug. 1, which also generated media histrionics.

CBS News online, Rolling Stone, The New York Times, Buzzfeed and CNN.com all uncritically repeated similar about July 2019 being the hottest month “ever.” But scientists who argue the data is flawed and who say it wasn’t really the “hottest” month didn’t make it into those alarmist news reports.

Rolling Stone’s headline absurdly (and falsely) declared on Aug. 1, that July was the “hottest month in human history.”

Although the story included the more accurate caveat “recorded history,” Rolling Stone didn’t tell readers records only go back a limited period of time. For example, NOAA’s records began in 1880. That’s not even close to the totality of “human history.” It’s not even all of the history of the U.S.

“The hottest month in history should make the stakes of our time crystal clear: Either we change everything, or the consequences of planetary warming will do that for us,” the liberal magazine demanded.

Meteorologist and climate researcher Dr. Roy Spencer disputed that claim. He wrote that “July 2019 was not the warmest on record” because the claims were based on “a fairly limited and error-prone array of thermometers.” So did WeatherBell meteorologist Joe Bastardi. But their criticism didn’t prevent the media’s hot air hype.

“The last five Julys have been the five hottest of all time,”a CBS online report by Sophie Lewis claimed. It’s amazing how CBS News (or NOAA for that matter) could possibly know that since records have been kept for less than 150 years.

Buzzfeed, which is famous for clickbait, shared 23 pictures of things like dead bees, wildfires, an egg being cooked on the sidewalk and dead fish claiming, “These Pictures Show What The Hottest Month Ever Recorded Looked Like.”

Time quoted three alarmist scientists in Aug. 15, report about the supposedly hottest month. One of them was University of Leeds climate physics professor Piers Foster, who said that “temperatures are expected to increase globally even if greenhouse gases are reduced.”

Foster continued, “So to prevent them from going up, we have to reduce our emission of greenhouse gases all the way to zero.” ZERO.

All those reports ignored critics like Spencer and Bastardi. A meteorologist and principal research scientist at the University of Alabama, Spencer criticized the media for reporting hottest month claims without nuance.

Spencer wrote that there are three flaws with those records including the impact of Urban Heat Island Effect at land thermometer sites, changing methods of recording ocean temperatures and “notoriously incomplete” geography (many places aren’t measured).

After utilizing what he considered a more accurate measuring technique called “reanalysis,” Spencer found, “July 2019 was actually cooler than three other Julys: 2016, 2002, and 2017, and so was [the] 4th warmest in 41 years. And being only 0.5 deg. F above average is not terribly alarming.”

He also called the news reports “distorted” because they chose to focus on places with unusual warmth, like France, while ignoring less convenient lower temperatures.

“Yes, it was unusually warm in France in July. But look at the cold in Eastern Europe and western Russia. Where was the reporting on that? How about the fact that the U.S. was, on average, below normal?” he asked.

Since it’s becoming an almost-annual ritual of promoting inaccurate “hottest” ever stories, Bastardi preemptively criticized hot air hype in June. On Aug. 4 and 5, he continued that argument on Twitter.

Calling out the cherry-picking of temperatures, he tweeted, “3 day heat wave in NE: Hysteria, Heat wave in Europe Hysteria, warm year in Greenland after 2 cold ones, hysteria. Amazing cold in Russia in area bigger than all 3 , Not a peep.”

“The so called hottest month on record had warmth outduel cold by about .3C over the entire planet, That means there was plenty of cool to go around, just that AGW hysterics wont talk about it Here is the earth the last 45 days,.298c above,Hardly boiling when looked at correctly,” Bastardi tweeted.