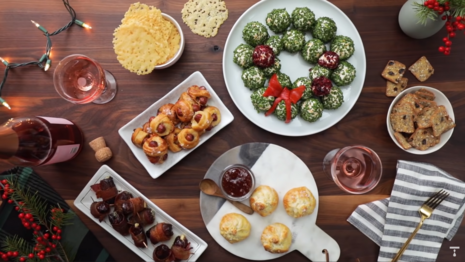 Washington Post food columnist Tamar Haspel’s ideal climate meal may be a little strange, even for eco-fanatics. Haspel in a Nov. 17 article recommended putting oysters in “stuffing” or using them in “dressing” because they “have the lightest climate impact of any fish in the sea.”

And that was only the beginning. The climate propaganda piece was headlined, “The climate impact of the Thanksgiving meal might surprise you” and hit on most of the culinary favorites for the holiday.

Notably, Haspel didn’t mention the word “inflation” once in her article, even though a recent Quinnipiac poll revealed that Republicans, Democrats and independents all agreed that inflation was more important than climate change by a whopping 26-percent margin.

Haspel also raved about mashed potatoes and cornbread because they are a climate win, and called corn “the most climate-friendly” of all the grains.

The columnist, however, admitted that her audience might not be receptive to her plans to ruin Thanksgiving.

“I know, I know, nobody wants to put ‘climate’ and ‘Thanksgiving’ in the same sentence. Tallying the environmental impact of a holiday feast doesn’t seem like it’s in the spirit of the thing. It’s a holiday! It’s a day when we suspend our ordinary habits and set aside our prudence to spend an entire day eating, drinking and making merry — or at least watching football.”

But that didn’t stop her from opining on “some of the dishes in the typical Thanksgiving meal and how they stack up, climate-wise.” She praised turkey on the “beef-pork-poultry axis of meat” for having the lowest “greenhouse gas emission levels.” She was more mixed on cranberry sauce, writing that cranberries’ climate impact is “on the high end” for plants “but way better than animals.”

She also criticized green beans for not being “quite as environmentally friendly as root vegetables.”

Haspel concluded that the Thanksgiving meal’s climate impacts were relatively minor. “The mainstays of the meal are poultry and plants, which make Thanksgiving a much more climate-friendly holiday than, say, the burgerfest that is the Fourth of July.”

But if that’s the case, one has to ask why Haspel wrote her op-ed in the first place. After all, leaving a computer on for 24 hours dumps “1,500 pounds” of carbon dioxide into the atmosphere, according to Tufts University!

Conservatives are under attack. Contact the Executive Editor of the Washington Post at sally.buzbee@washpost.com and demand that the liberal rag report more on inflation, and less on holding a “climate-friendly” Thanksgiving meal.