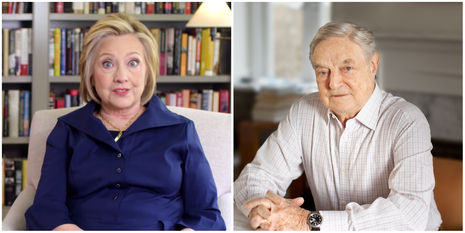 Leftist groups like Accountable Tech — a group tied closely to a Clinton nonprofit Onward Together — and UltraViolet, connected to Soros, fired off an undated letter to advertisers on Twitter, telling them that the platform is a danger to the world with Musk at the helm. “Elon Musk’s takeover of Twitter will further toxify our information ecosystem and be a direct threat to public safety, especially among those already most vulnerable and marginalized,” the leftists behind the letter spouted.

The letter lambasted Musk, a self-described “free-speech absolutist,” for threatening so-called “democracy”: “Under the guise of ‘free speech,’ his vision will silence and endanger marginalized communities, and tear at the fraying fabric of democracy.” And in another example of extremism, the letter was signed by 24 other groups, most notably including the extremist Black Lives Matter Global Network Foundation, infamous as the group behind the Marxist BLM movement.

The left’s pressure campaign on Twitter advertisers seems to be working. Musk tweeted on Nov. 4 that “Twitter has had a massive drop in revenue, due to activist groups pressuring advertisers, even though nothing has changed with content moderation and we did everything we could to appease the activists. Extremely messed up! They’re trying to destroy free speech in America.”

Twitter has had a massive drop in revenue, due to activist groups pressuring advertisers, even though nothing has changed with content moderation and we did everything we could to appease the activists.

Clinton-linked Accountable Tech and Soros-linked UltraViolet are both examples of “activist groups pressuring advertisers,” but in this case, they also reflect their backers' far left politics. According to Open Society Foundations records, Soros gave $450,000 to UltraViolet Action, the lobbying arm of UltraViolet, in 2020 alone. It is unclear if Accountable Tech has received Clinton money directly, but it has teamed up with Clinton's political advocacy group, Onward Together, per Capital Research Center’s Influence Watch database.

Ever since Accountable Tech linked up with Onward Together in 2020, it has used inflammatory language to promote censorship. ‘Elon Musk is incinerating his new $44 billion toy like it’s a self-driving Tesla and the rest of us are engulfed in the flames,’” Accountable Tech Executive Director Nicole Gill reportedly said in a Nov. 11 article.

Accountable Tech and UltraViolet also have something else in common: criticizing Musk as bad news for the left’s censorship regime. The only solution to the threat of Musk’s pro-free-speech fanaticism, the letter argued, was to pull advertising. “As top advertisers on Twitter, your brand risks association with a platform amplifying hate, extremism, health misinformation, and conspiracy theorists.”