A powerful Dutch banking executive signaled support for personal carbon wallets that would give citizens — and perhaps even a government regulator — the ability to track carbon emissions on a micro scale. Is this an early look at what the U.S. has in store if it doesn’t stop woke environmental, social and governance policies? 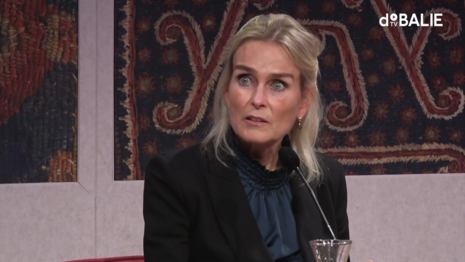 Rabo Carbon Bank CEO Barbara Baarsma suggested that emission rights could be allocated using a personalized carbon wallet, Reclaim The Net reported. Baarsma made her dystopian case for carbon surveillance of private citizens during an Aug. 1 appearance on the Dutch radio station BNR Newsradio, during which she reportedly said that wealthy citizens in “large” houses could pay for the privilege to heat their homes by purchasing “emission rights” from poorer citizens.

A Rabobank spokesperson told MRC Business via email that the company “is in favour of a usage tax to combat climate change.” The spokesperson also defended Baarsma, claiming that her comments were “a thought experiment.” Rabo Carbon Bank is a division of the mammoth Rabobank, a multinational bank that controls 632 billion Euros in total assets, or roughly $643,913,200, according to its 2021 impact report. Rabo Carbon Bank proudly lists another globalist corporation, Microsoft, as a partner on its website.

Baarsma also published an article in 2021 on “carbon farming” through the WEF. She called for agricultural emissions reductions: “Agriculture represents more than a quarter of global GHG emissions,” Baarsma wrote. “It is therefore important, first and foremost, to reduce these emissions.”

The WEF is the same organization that has pioneered other totalitarian initiatives, including “The Great Reset.”

This is not the first time that Baarsma has endorsed carbon tracking to force certain behaviors. Baarsma spoke on the podcast Smarter Markets and said that life for farmers will become more expensive unless they obey the climate agenda. “The Rabo Carbon Bank puts a price tag on sustainable contribution that farmers and food chains can make to combating climate change and changing the food system by reducing greenhouse gas emissions.”

The Rabo Carbon Bank’s apparently abstract “price tag” on carbon seems to have become official government policy in recent months. The Dutch government provoked farmers across the Netherlands to massive protests when it mandated drastic reductions in nitrogen oxide emissions by “up to 70% in many places and as high as 95% in others in a bid to protect nature,” euronews reported.