‘Terrible’! Joe Rogan Says Biden Admin’s ‘Gaslighting’ on Recession ‘Should Be Pushed Back Against’

The White House was widely criticized for a recent blog post on its website that attempted to redefine the word “recession” in order to protect President Joe Biden. And world-famous podcaster Joe Rogan was having none of it. 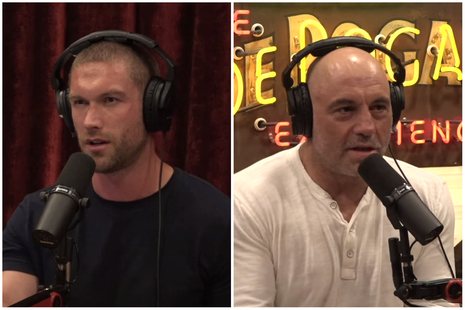 Rogan said that the White House’s word games on recession are “terrible” and “should be pushed back against in a big way” on the August 2 edition of his show, “The Joe Rogan Experience.”

“It should be something that people get angry about,” Rogan said when speaking with Youtuber Chris Williamson. ‘“Like, hey, you’re fucking with definitions in order to pretend that you’re doing a good job.’”

Williamson responded that messing with the language doesn’t change the reality of the economy, but for the government, it's an unscrupulous but rational course of action. “If you can’t control the economy you might as well just control the language and hope for the best.”

A Bureau of Economic Analysis report made it official on July 28 that the GDP had declined for a second-consecutive quarter in a row, meeting what many economists consider the textbook definition of a recession. But that didn't stop Biden and his cronies from claiming the contrary in the media.

“God, what a bunch of weasels,” Rogan said.

Rogan also spoke with Williamson about the recent Wikipedia debacle, where the online encyclopedia altered its page for the word “recession” at least 116 times, according to MRC Business analysis. Wikipedia made those edits the very same week that the Biden administration was accused of redefining the word, and even worse, Wikipedia editors made specific changes to the definition of recession.

But at a certain point, political games and fights over the definition of the word “recession” can’t change reality, Williamson said. “It doesn’t matter what you call it, right? You can call it fucking paradise if you want, but it’s still shit,” Williamson said. “Like, all of the criteria of what’s happening indicates a recession. And the reason, obviously, is that you’ve got midterms coming up and you need to make sure that” the phrase “‘is in a recession’ is not something that can be thrown at the Democrats.”

“Well, that’s gaslighting,” Rogan said. He continued, arguing that people should not overlook the significance of the Biden administration’s Orwellian wordplay. “People would think that it’s trivial because they are talking about this economic downturn, but it’s not trivial, because we’ve always used that term ‘recession.’”

It’s anything but “trivial,” Rogan emphasized. “And we’ve always used that term [recession] to define whether or not the economic policies that are currently in place and whether or not the management, and the government, has done a good job of making sure that the economy stays in a good place.”

Rogan continued: “They definitely haven’t done that. So in order to escape that, you know, that sort of distinction, they’re literally changing the definition, which is terrible.”

Conservatives are under attack. Contact your representatives and demand that Big Tech be held to account to mirror the First Amendment while providing equal footing for conservatives. If you have been censored, contact us at the Media Research Center contact form, and help us hold Big Tech accountable.