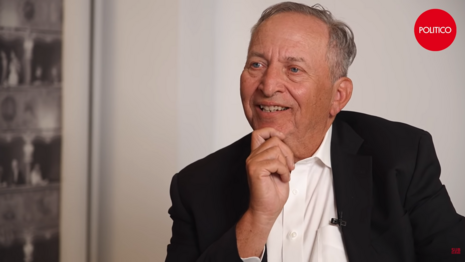 Lawrence Summers took the Federal Reserve to town in a fiery op-ed published in The Post on April 5. He wrote, “I have argued repeatedly that Federal Reserve policy remains dangerously behind the curve in ways that will lead to poor economic performance in the years ahead, and that a rapid change in direction is needed.” Summers warned progressives that if inflation continues to spiral out of control, the same economic turmoil that helped elect Richard Nixon, Ronald Reagan and Margaret Thatcher may spell doom for President Joe Biden in 2024. The renowned economist and former Treasury Secretary in the Clinton administration started strong right out of the gate. “Team Transitory proved dead wrong through 2021. It may well be wrong in 2022.”

Summers slapped the Fed for repeatedly calling inflation “transitory” in speeches. But the Fed wasn’t the only one that got it wrong on inflation. White House Press Secretary Jen Psaki cited “economic experts” as recently as May 2021 who she claimed stated that inflation would be “temporary, transitory. However you want to refer to it.”

Americans suffering from the rising costs of food, gas, housing and almost everything else may disagree, Jen.

Summers also responded to criticism from overly optimistic Biden cheerleaders. One popular claim Summers refuted was that inflation “might look scary now, but it will come down” as more people find jobs and supply-chain issues are ironed out. The important question, Summers emphasized, isn’t “whether inflation will come down” from its current levels. “It is whether it will come down to an acceptable level.”

This isn’t the first time that Summers has blasted the Fed for pushing fairy tales on inflation. He criticized the Fed’s forecast of a massive drop in inflation during a Peterson Institute for International Economics virtual event. He flatly rejected the Fed’s ambitious predictions to reduce inflation: “I think it would be charitable to label it a hope, rather than a dream, and absurd to suggest that it is a likely prospect … on the current policy path.”

Conservatives are under attack. Contact The Washington Post at (202) 334-6000 and demand it report fairly on Biden and the Fed’s disastrous economic policies.