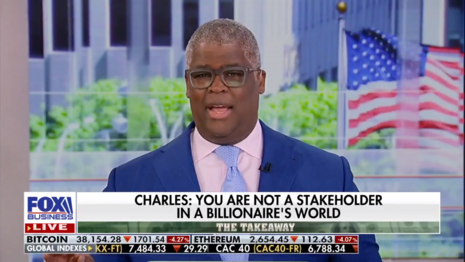 On his show, Making Money, Payne said he was “struck” by the “number of books penned by billionaires and elites” that “suggested they were looking out for Main Street.”  He raked Schwab and Vice Chair Mark Carney, Head of Transition Investing at Brookfield Asset Management, over the coals for gathering in Davos at the World Economic Forum (WEF) and “discuss[ing] the future for everybody on the planet.”

The first book Payne mentioned was Stakeholder Capitalism: A Global Economy that Works for Progress, People and Planet by the infamous Schwab.

I just hope that people see through all of this. Listen, you are not a stakeholder in their world, right? They want to scrap everything, from autos to office buildings. Why?….Billionaires who become zillionaires when they do all of this. By the way, you will pay the price, so be very careful when they hop on the bandwagon and say they want ‘clean energy’ and they ‘believe in the planet’ — no. They want to hit the restart button because they're gonna make a whole bunch of money when they do it. 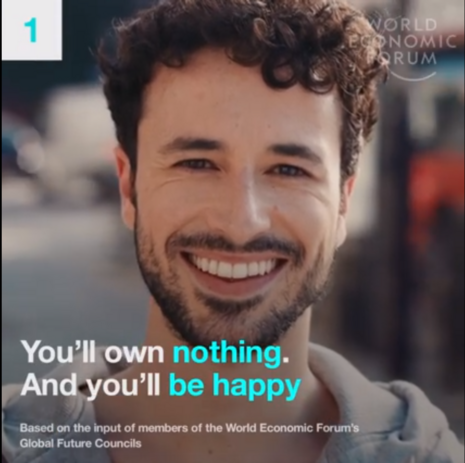 Schwab’s organization, the WEF, predicted back in 2016 that “You’ll own nothing. And you’ll be happy,” in a video that was panned on the Internet. The ominous statement was “Based on the input of members of the World Economic Forum’s Global Future Councils,” according to the video. It might be worth asking: Will the members of the WEF’s Global Future Councils also “own nothing?”

The second book Payne roasted as the “height of chutzpah” was “Value(s): Building a Better World for All,” by the former governor of the Bank of Canada Carney. His book came with an endorsement from the rockstar Bono. Carney reportedly attacked the Canadian trucker protest during its second week. He claimed the truckers “weren’t patriots” in an op-ed published in The Globe and Mail. He also argued that the protest was not about “restoring freedom” but beginning anarchy.’” He also called for the truckers and other protestors to be “identified and punished to the full force of the law.”