“In the event Donald Trump wins, I have no doubt in my mind the — the market tanks,” Cuban said in a Cavuto: Coast to Coast interview on Sept. 6.

Cuban was so sure, he promised Fox Business anchor Neil Cavuto, “If the polls look like there’s a — a decent chance that Donald could win I’ll put a huge hedge on that’s over 100 percent of my equity positions, and my, my bond position as well that protects me just in case he wins.” 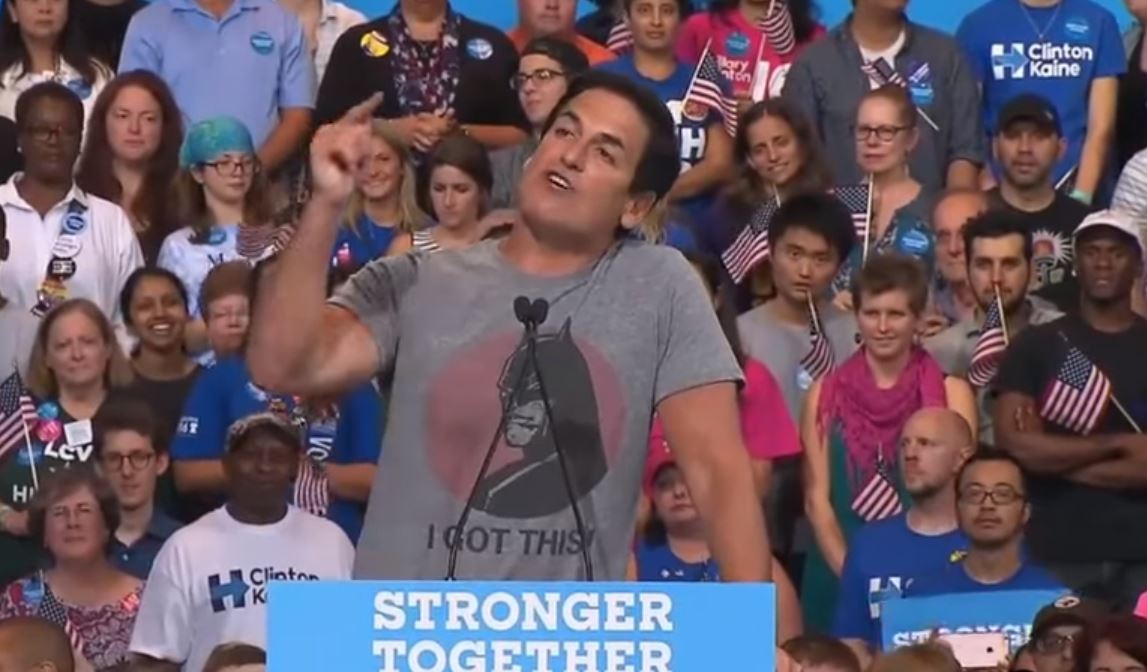 Cuban endorsed Democratic presidential nominee Hillary Clinton at a July 30, campaign event. During his speech, he called Trump a “jagoff” and joked that his own reality TV show, “Shark Tank” “kicked The Apprentice's Ass.” After the event, he told CNN he initially had hope for Trump, but later Trump “went off the reservation and went batshit crazy.”

More recently, The Washington Times reported that Cuban, as well as liberals like Paul Krugman, had complained about a supposed anti-Clinton bias in the media. Cuban had tweeted, “The MSM [Main Stream Media] has gone all in on Trump.”

In addition to being an investor, and owning the Dallas Mavericks, Cuban is involved in multiple media ventures. He co-owns Landmark Theaters, Magnolia pictures and AXS TV.  The disgraced former CBS anchor Dan Rather works for AXS TV.