WashPost: Southern Whites are ‘Monsters’ and ‘We Are All Dylann Roof’

Following tragedies such as this mass murder in South Carolina, most people resort to prayer for the families of the victims. On The Washington Post website on Friday, Baltimore City Paper writer Baynard Woods was preoccupied with transforming the murderous rampage of a single person into a discourse on the collective guilt of white racism in the most over-the-top manner as possible.

Woods, a self-described white South Carolinian, contended that there is only one way to fix this racial violence fostered by white supremacy,

“it is up to white people to rescue white people from our own worst selves, from the distorted monsters we have allowed ourselves to become. It is time to stop making excuses. We have to stop hiding from the truth of race — that this country, and the state of South Carolina in particular, were created on the idea of white supremacy. We’ll never overcome that history unless we acknowledge it.”

Wow. Just forget the founding documents about how "all men are created equal."

Woods is just condemned an entire race of people as “monsters” based off the actions of this one man, the Freddie Gray incident, and slave owners that predate this massacre by a century. Isn’t that the very icon of racism itself-judging an entire race based off the actions of a relative few? Can you imagine the (justifiable) outrage if the demographics of the massacre were reversed and he condemned blacks the same way?

Woods concluded his racist rant by noting that, 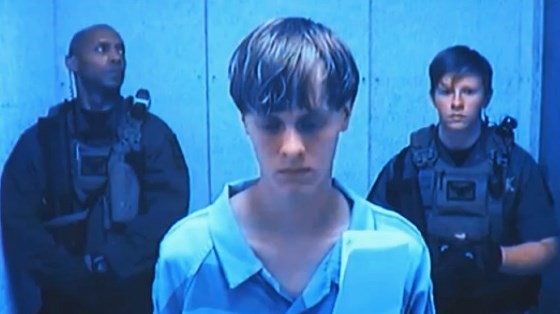 Of course, 99 percent of southern whites will never go into a church, sit down with people and then massacre them. But that 99 percent is responsible for the one who does. We white southerners — those of us who left, the others who stayed, and even those millions who have migrated to the Sun Belt — are all Dylann Roof. We are all responsible. We cannot shirk it. We cannot go forward until we fix ourselves. We must organize ourselves, educate ourselves and come together to fight against white supremacy. If we don’t, there will always be another Dylann Roof around the corner. And in the mirror.

One wonders if Woods has a similar rubric with Islamic terrorists. Is he willing to say that if one Muslim does a suicide bombing the 99 percent of Muslims that did not are “responsible for the one who d[id]?” For that matter, would accuse 99 percent of blacks for the crimes of one?

In the end, this is one of the leftist media’s partisan exploitations of a monumental tragedy. Rather than just let the victim’s families grieve in peace, they see the need to exacerbate their pain by using the murder of their loved ones as a platform for their leftist doctrine of collective guilt.