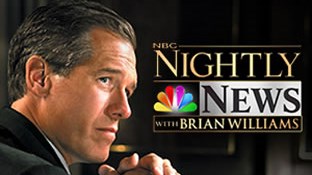 That Brian Williams six-month suspension has fallen flat. His critics aren't mollified. His supporters are clearly dispirited. Everyone knows this one is not over -- though his tenure at NBC may very well be done.

The suspension isn't going to work for the same reason his apology went nowhere. It resolves nothing.

Hubris. So many celebrities -- be they politicians, journalists, artists -- refuse to accept that the cover-up and obfuscation is always worse than the crime. Time and again, when honesty and humility beckon, they are nowhere to be found.

So it was with Richard Nixon. Had he accepted personal responsibility, immediately, and  then taken the steps, immediately, to investigate and resolve the matter, there would have been no Watergate scandal marring his legacy.

Ronald Reagan did address Iran-Contra immediately, personally taking responsibility and firing staff responsible. But the body language of his administration and supporters (we were in that number) was different: The Contra cause was noble (and it was), therefore the funding was, well, clever. Except it was illegal.

Bill Clinton both lied ("Ah did nah have sex with that woman") and obfuscated ("it depends what the meaning of 'is' is") and deserved his impeachment, removal from the bar and should have been removed from office for perjury.

The Williams explanation in his "apology" was a farce. He "misremembered" being hit by an RPG. For the love of God. This might be true if he had subsequently undergone a frontal lobotomy, otherwise it was not just untrue, it was impudent. Let them eat cake. He then added a new falsehood, suggesting the RPG had hit the helicopter in front of him when no such thing took place. And no small arms fire. And not injuries to his pilot. And....

Hillary Clinton is no different. She has yet to answer for Benghazi, hoping her media allies will help in the cover-up (which they've done diligently thus far). If forced to testify, she feigns anger, then tearful sorrow, all for the cameras and the evening news.

She still has to answer for the lies she told about Bosnia. More important, she needs to come clean about the insulting explanation she provided.

In a speech at George Washington University on March 17, 2008 she recounted the story about her harrowing experience at the airport in Tuzla during the Bosnian war. “I remember landing under sniper fire. There was supposed to be some kind of a greeting ceremony at the airport, but instead we just ran with our heads down to get into the vehicles to get to our base.”

It was beyond dramatic. It was pure drama. As Media Research Center sleuth Rich Noyes discovered looking at news footage of that trip, nothing of the sort had occurred. There she was, smiling, standing in front of schoolchildren lined up on the tarmac. Accepting their flowers.

How to explain this dishonesty? Why, with another dishonesty, and even that only when growing public outrage threatened to derail her candidacy. She told a friendly audience, smiling, laughing, that by golly that was a whopper, wasn't it? Yuk-yuk. She was tired. It was all because of "sleep deprivation." Yuk-yuk.

That was as dishonest as the original statement. Sleep deprivation can cause you to forget you were in Cairo when you stated you were in Cannes. Or that you met with Queen Sophia when it was Queen Elizabeth. But sleepiness does not cause a person to  make up entire stories about ducking enemy sniper fire any more than misrememberance explains tall tales about RPG attacks.

Brian Williams lied. The honorable thing was to apologize honestly and completely, and resign. His career would have been resurrected immediately. If he refused to, the honorable decision from Comcast/NBC was termination and a corporate apology (which they owed anyway). Neither happened. Instead it was a bizarre long-term suspension, and another self-inflicted wound, and more bleeding as the Peacock Network's credibility disintegrates.