David Limbaugh has written a book that departs dramatically from his recent tomes on the worst excesses of the Obama presidency. “Jesus On Trial: A Lawyer Affirms the Truth of the Gospel” explores his journey of faith, from believer to non-believer and back.

“Rush and I were raised in a great Midwest Christian family. We went to church every Sunday. Our parents raised us right so I'm not blaming them. I'm blaming myself for the message not sticking,” he says. 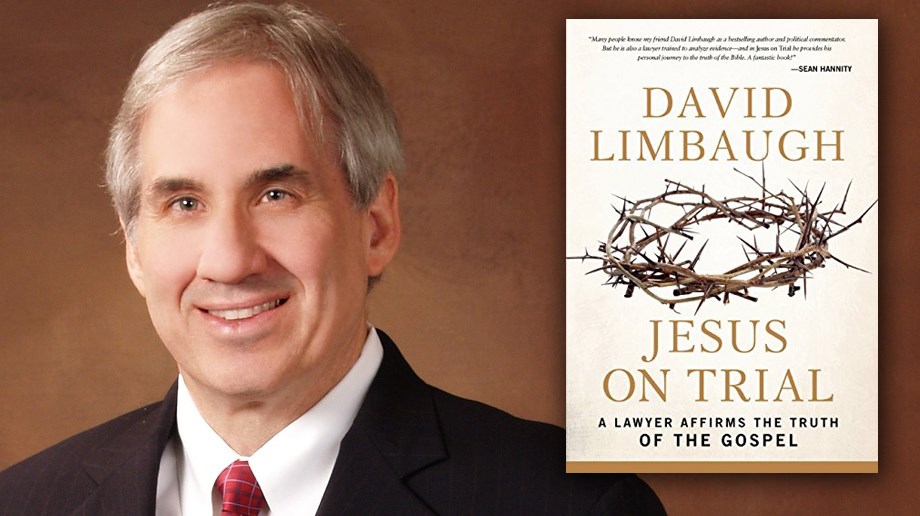 As it has for so many, his faith faded away in college. Faith was replaced by skepticism. Limbaugh wants it understood that his intention is not to ridicule skeptics. “I used to be one. But at some point I realized it was foolish and arrogant of me to pretend to form final conclusions about the Bible and Jesus Christ when I hadn’t begun to seriously study Scripture or Christian doctrine...So I resolved to examine the evidence.”

His book assembles like a legal brief establishing empirical evidence for the existence of Christ and the validity of the Bible as the Word of God, woven together over centuries into a coherent “divine conspiracy.” His search for evidence impressed upon him that “mainstream culture’s disdain for the intellectual integrity of Christianity is unwarranted, and its conceited assumption that Christian beliefs are a product of blind faith, bereft of reason and intellect, is completely false.”

A book of this nature should be applauded. But many won’t.

The Left sneered at “Fox and Friends” granting any air time for this book and this author. The site Crooks and Liars charged “Limbaugh obviously has an agenda, just like his brother. He seeks to label the Black President and his godless liberal followers as the reason for all our problems.”

But there is no “Obama” in the index of this book. It’s a book with an eye on the eternal, not the ephemeral. But he does report there is a problem with Christianity and the culture.

There are too many believers “idling in intellectual neutral” as children are bombarded with secular indoctrination, from the schools to our news and entertainment media, all of which glamorize secularism and disparage Christianity.

We recently protested the so-called “Adult Swim” channel for its show “Black Jesus,” where the Son of God is transformed into a black man who smokes marijuana and swears like a sailor, telling one skeptic, “I still love your bitch ass, fool.”

Our media rage against plans to burn a Koran, but largely ignored it when Satanists planned a “Black Mass” mocking the Catholic celebration of the Eucharist at Harvard, the supposed center of tolerance. There is also a “Black Mass” planned for this month in a theater at the Oklahoma City Civic Center. The Satanic group was forced to return a stolen consecrated host – the body of Christ, for Catholics. (They routinely urinate on the host or otherwise defile it.) But the show is still expected to go on, an open celebration of worship of Supreme Evil. Yawn.

These fanatics are also trying to place a statue of Satan in the state capital to protest official recognition of the Ten Commandments. The guttersnipes at the Gawker website were thrilled: “Hard-chargin' Satanists have a mockup of a monument to the dark lord (and two rapt kids) that they plan to display in front of the Oklahoma statehouse. And other than being evil, it's pretty boss.”

Limbaugh notes the Left declares it doesn’t want government to “take a side” and endorse religion. But they very clearly take a side, routinely agitating for schools and other government entities to scrub every mention of religion out of the public sphere. A Tennessee high school student who was sent to the principal’s office for saying “bless you” to another student who sneezed.

Religion really is on trial in America. Christians are being persecuted. So David Limbaugh’s book is timely.

[HT on image from National Review]