It was obvious on Friday that CNN reporters and analysts were giddily celebrating the Supreme Court's liberal ruling bolstering same-sex marriage, but CNN legal analyst Jeffrey Toobin was perhaps the only one who inadvertently admitted that "we celebrate" the trend toward gay rights victories before immediately catching his faux pas with laughter and walking it back to "many people celebrate" as he predicted the next target of the gay rights movement.

We were talking earlier about the fact that the debate over same-sex marriage is not going away. We already have one presidential candidate, if not more, on the Republican side calling for a constitutional amendment to undo what happened, and then obviously there are other fights. What do you see when you look into the future?

Toobin began his response by lamenting:

Well, I think it's important to remember on this day that gay rights is celebrated that in about 30 states in the United States, an employer can walk to -- can walk up to an employee and say, "You know, you are doing a great job, and you're very good at your work, but you're gay and you're fired because of that." 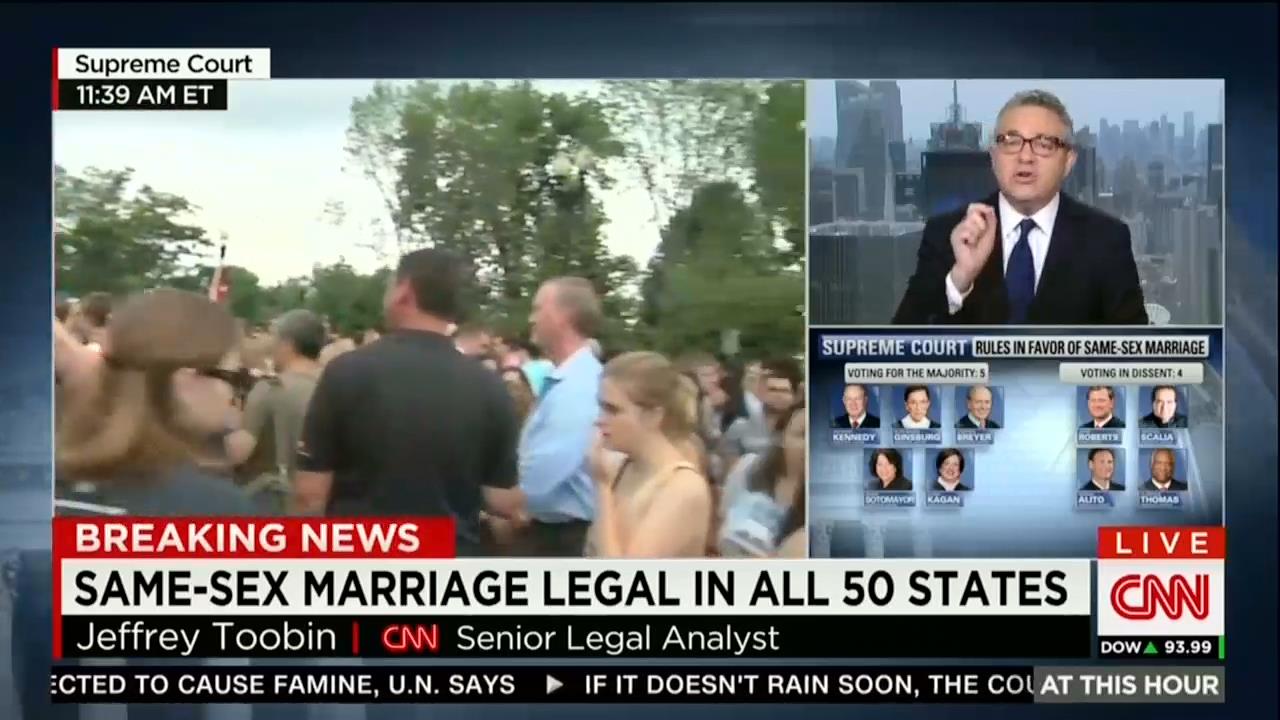 He then complained that Congress has "failed to pass" laws against employer discrimination against homosexuals:

And that's legal. That is legal in many, many states in this country because the United States Congress has failed to pass anti-discrimination law expanding gender, race, to sexual orientation. And only some states have passed laws that say you can't discriminate against gay people in employment. And I think that is certainly one of the next fights that will -- that will be heard both in Congress and around the country.

Then came the CNN analyst's unintentional honesty as he continued: "So, on this day, when we celebrate-"

After laughing briefly, he tried to distance himself from the rejoicing as he added: "-or many people celebrate how much the country has changed, it's worth remembering that legal equality does not apply in all areas. It applies now in marriage, but people who support gay rights have plenty of more work to do."