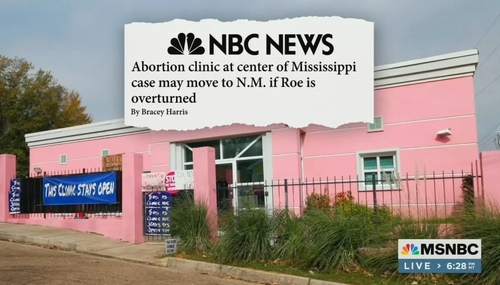 CNS News editor-in-chief Terry Jeffrey published an in-depth story Tuesday for our sister site that new data revealed abortions in Mississippi — the state at the center of the abortion case before the Supreme Court — skewed heavily toward Black women the tune of 74 percent of all abortions. 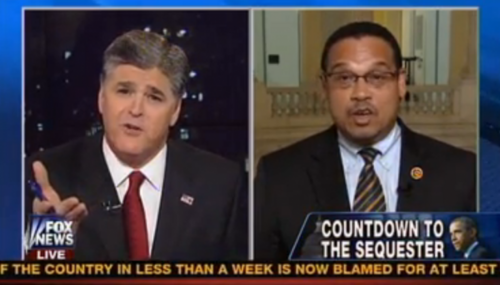 NB Staff
February 26th, 2013 6:12 PM
Terry Jeffrey, the editor-in-chief of our sister site CNSNews.com appeared on Monday's edition of the Daily Rundown program on MSNBC. It's safe to say Terry was the only conservative on the set, with anchor Chuck Todd, USA Today's Susan Page, and MSNBC contributor -- and NARAL Pro-Choice America board member -- Karen Finney founding out the panel. Issues discussing included the… 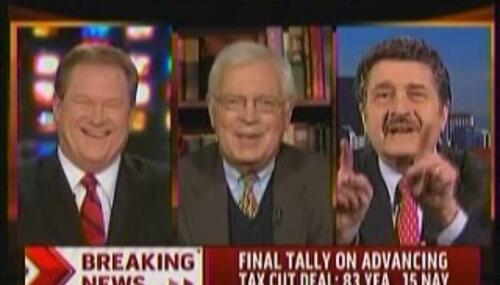 NB Staff
January 28th, 2010 2:47 PM
Yesterday evening before the State of the Union address, CNSNews.com editor-in-chief Terry Jeffrey sat down with NewsBusters Publisher and Media Research Center (MRC) President Brent Bozell for another edition of "MRC Live!", a live webcast taking questions from friends and fans of MRC and NewsBusters.If you missed it, you're in luck. We recorded the whole thing and uploaded it to…

Save the Date: MRC Live with Brent Bozell Wednesday

NB Staff
January 25th, 2010 11:26 AM
Don't forget to mark your calendars to join our MRC Live discussion with MRC founder and president Brent Bozell and CNSNews.com editor-in-chief Terry Jeffrey this Wednesday, January 27 at 7:00 PM ET. To participate, just go to http://live.mrc.org a few minutes before 7 PM on Wednesday. We hope you can join us for this informative session. Please mark this date on your calendar.

Mark Finkelstein
October 23rd, 2009 7:04 PM
Is Chris Matthews feeling pressure to keep up with the Olbermanns when it comes to flinging invective at conservatives?  On this evening's Hardball, discussing Dick Cheney's statement—-made at a dinner at which he received an award—that Pres. Obama is dithering on Afghanistan, an apparently incensed Matthews spluttered [unexpurgated in the original]:"What G--D--- award . . . are they giving…

Geoffrey Dickens
October 5th, 2009 6:18 PM
Chris Matthews, on Monday’s "Hardball," accused the right wing of achieving an "orgiastic level" of excitement in its rooting against Barack Obama to deliver the Olympics to Chicago. Matthews, joined by the Chicago Tribune’s Clarence Page and CNSNews.com’s very own Terry Jeffrey, opened his show by declaring that the "Right roots against America," as seen in the…

Mark Finkelstein
September 4th, 2009 7:14 PM
Terry Jeffrey walked away the winner on Hardball this afternoon. Despite being double-teamed by Chris Matthews and Salon's Joan Walsh, the editor-in-chief of our sister publication CNSNews.com had the others admitting that the Obama admin has gone too far with the cult-of-personality way it's pitched the president's speech to schoolchildren.But that didn't prevent Matthews and Walsh from unsubtly…

Matthew Balan
October 6th, 2008 7:21 PM
On Monday’s The Situation Room, CNN anchor Wolf Blitzer interrupted a back-and-forth discussion on the presidential campaign between Democratic strategist Donna Brazile and CNS News editor-in-chief Terry Jeffrey for a live video feed of rock musician Bruce Springsteen at a Barack Obama campaign rally in Michigan: "I want both of you to stand by because Bruce Springsteen is singing right now…