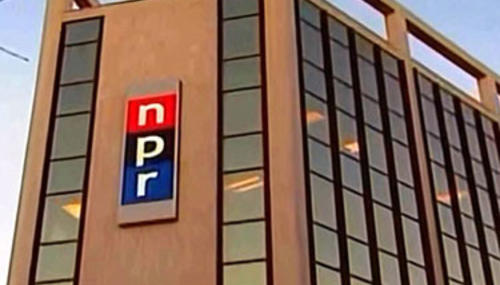 Noel Sheppard
March 10th, 2011 11:21 AM
Horror writer Stephen King on Tuesday bashed Ronald Reagan and a number of Republicans at a Wake the State rally in Sarasota, Florida. His main beef with conservatives is they allow him to pay too little in taxes (video follows with partial transcript and commentary):

Beck and O'Reilly Strike Back At Stephen King: We Should Go Visit Him

Noel Sheppard
August 6th, 2010 10:46 AM
Glenn Beck and Bill O'Reilly on Thursday had some fun at author Stephen King's expense.As NewsBusters reported Monday, King in an Entertainment Weekly column called Beck "crazy" and a "nutcase."When O'Reilly asked his guest if he knew who King was, Beck marvelously responded, "He's the guy that usually when I release my books at the same time, he's No. 2."After the "O'Reilly Factor" host read the…

Scott Whitlock
August 2nd, 2010 9:58 AM
Best-selling novelist Stephen King slammed Glenn Beck as a "crazy" "nutcase" and Rush Limbaugh as a cynical huckster in his August 6, 2010 Entertainment Weekly column. The horror author derided Limbaugh as having "no conviction in that sonorous, slightly flabby voice." King attacked the radio star for supposedly not being sympathetic enough to the plight of Lindsay Lohan's drug problem. Yet, he…

Scott Whitlock
December 18th, 2009 11:49 AM
In his Entertainment Weekly column, horror writer Stephen King lauded the AMC program Breaking Bad for "examining the American dream: shiny and addictive on top, hollow at the core. And dark. Very dark." (Hasn’t King made millions of dollars off the "hollow" American dream?)In his December 11 piece, King ranked the program as the best on TV and gushed over the "brilliant, terrifying, shocking"…

Carolyn Plocher
November 13th, 2009 3:10 PM
If you thought that you were going to escape being greenwashed by simply changing the channel for NBC's "Green Week," think again. Now you can't even wile away your time reading a good ol' fashioned thriller. Stephen King's new book, "Under the Dome," depicts a small city on the brink of an environmental disaster (that is, if it can survive the murders, arson, and corruption, of course). Set in…

Ken Shepherd
June 12th, 2008 6:56 PM
Here's something Stephen King might want to read before scoffing at military service.A new study shows women and minorities are more satisfied in general with their jobs than white men in the military and that military women are generally much more positive about their career and career prospects than their civilian counterparts, according to a new study. Newsweek's Sarah Kliff has the story in a…

Noel Sheppard
May 7th, 2008 7:35 PM
For Stephen King's benefit, our friends at Are We Lumberjacks have updated an hysterical picture from November 2006 which humorously mocked John Kerry's offensive anti-military remark:

Noel Sheppard
May 7th, 2008 3:31 PM
Horror author Stephen King's comments regarding illiteracy and the military have drawn criticism from the United States Army according to a report by CBS-TV affiliate in Washington, DC, WUSA channel 9.As NewsBusters reported Monday, King recently told a group of high school students at the Library of Congress, "If you don't [read], then you've got, the Army, Iraq, I don't know, something like…

Noel Sheppard
May 6th, 2008 8:10 PM
The battle between NewsBusters and horror novelist Stephen King went national Tuesday when the Associated Press picked up the story.For those that haven't been following this, on Monday, NewsBusters reported King's disgraceful comments -- made in front of a group of high school students at the Library of Congress in April -- about people who can't read having few options other than to enlist in…

Noel Sheppard
May 6th, 2008 11:28 AM
The saga of horror novelist Stephen King's disgraceful comments about America's military took an interesting turn Monday when shortly after instructing visitors to his website to send me a message stating "Hi, Noel—Stephen King says to shut up and I agree," his own message boards were shut down.This followed the creation of a number of threads by members that wanted to comment about King's…

E-mail Instructions: 'Hi, Noel—Stephen King Says to Shut Up and I Ag

Noel Sheppard
May 5th, 2008 11:08 PM
You really can't make this stuff up!Early Monday morning, NewsBusters informed readers about a truly disgraceful comment made last month by famed horror author Stephen King concerning people that can't read having to enter the Army (video embedded right).Hours later, I mentioned in the comments section that I was receiving a lot of strange e-mail messages.Well, it turns out King wrote about my…

Writer Stephen King: If You Can't Read, You'll End Up in the Army or

Noel Sheppard
May 5th, 2008 9:54 AM
Remember shortly before Election Day 2006 when Sen. John Kerry (D-MA) suggested that if you don't get a good education, "you get stuck in Iraq" (video available here)? Well, last month, famed horror author Stephen King was speaking in front of a group of high school students at the Library of Congress, and he virtually made the exact same statement.For those that can bear it, what follows is…