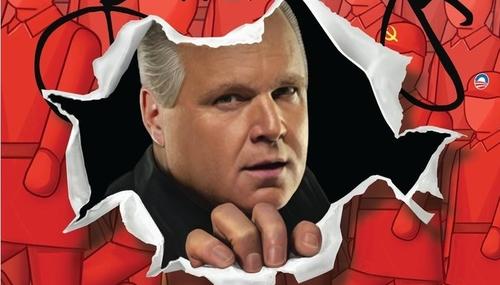 Seton Motley
October 13th, 2015 8:42 AM
We’ve time and again seen the media receive their messaging orders  - and then march off all mouthing the Leftist talking point(s) of the day.  Washington, D.C.-based talk radio host Chris Plante quotes a military friend of his describing the media not as a gaggle, but as a centipede.  Multitudinous legs in coordinated movement - all headed in the same direction.  Talk radio impresario Rush…

Noel Sheppard
February 28th, 2010 1:20 AM
"Political, religious and sexual behaviors may be reflections of intelligence, a new study finds."So began an article published at CNN.com Friday guaranteed to anger conservatives from coast to coast.The piece continued, "Evolutionary psychologist Satoshi Kanazawa at the the London School of Economics and Political Science correlated data on these behaviors with IQ from a large national U.S.…

Lynn Davidson
March 5th, 2008 2:28 PM
Microsoft is taking all of that unnecessary thinking out of the process by pre-chewing your news and spitting it on your plate. The software giant is developing a new kind of news-aggregator that doesn't just collect news; it determines news stories' ideological bias and “emotional charge.” No longer will you need to wonder if Maureen Dowd has a liberal bias or if NPR injects “emotional charge”…

Lynn Davidson
May 24th, 2007 8:38 AM
The Digg community is notorious for instantly burying stories by conservatives or about conservative-themed issues. Digg seems to be doing something that might help a little; they are banning users who bury stories (as well as those who Digg) without taking the time to read them.  (hat tip Hot Air)An Australian tech blogger named Dan posted a letter on his blog TheWrongAdvices.com from Digg…

Matthew Sheffield
May 2nd, 2007 11:45 AM
Yesterday, the computer geek world was abuzz with news that someone had managed to break the encryption code on the next-generation DVD system, HD-DVD.The code was posted all over the internet (a Google search for "09 F9," the first four digits of the code turns up 62,000 results). One site it was posted on was digg.com, a popular and somewhat left-leaning news community. Digg, however, was…