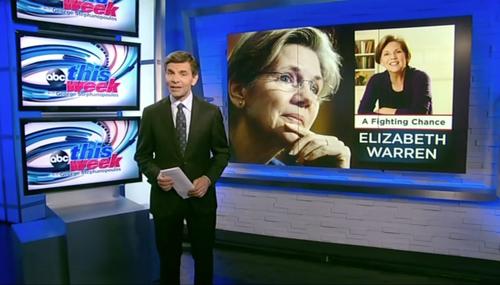 Tom Blumer
April 27th, 2014 12:25 AM
In stunning audio posted at TMZ, Los Angeles Clippers' owner Donald Sterling chides a person who is apparently his girlfriend for "taking pictures with minorities" and "associating with black people." Sterling sees her as a "delicate" "Latina or white girl," and as such doesn't understand why she should "associate with black people." He doesn't want her bringing black people to games, including…

Brent Baker
November 9th, 2009 4:52 PM
Two-and-a-half years before Army Major Nidal Hasan, a Muslim medical doctor, murdered 13 at Fort Hood in Texas in what more-and-more looks like a jihadist terrorist attack given his anti-American rants and ties to Islamic extremists, ABC's since-canceled Boston Legal drama ridiculed the idea a doctor could be a terrorist. A scene in the episode first aired on Tuesday, May 8, 2007 -- meant to show…

Scott Whitlock
April 28th, 2009 12:45 PM
"MSNBC News Live" anchor Contessa Brewer on Tuesday speculated as to whether supposed obstructionism by congressional Republicans may end up hampering the response to the swine flu outbreak. Talking to Republican strategist Tucker Bounds and Democratic strategist Peter Mirijanian, she asserted, "Let me ask you, Health and Human Services secretary has not been confirmed. You have a missing…

Kristen Fyfe
November 18th, 2008 3:32 PM
McCain/Palin supporters are idiots. So said the scribes of ABC's Boston Legal who scripted a show that went out of its way to trash Sarah Palin and elevate the election of Barack Obama to mythical status. Oh. And bloggers are "entry level life forms that intellectually have yet to emerge from the primordial ooze." The thrust of the storyline was a lawsuit brought by a woman who claimed…

'Nightly News' Anchor: Pro-Obama Bias is 'In the Eye of the Beholder

Jeff Poor
July 28th, 2008 5:26 PM
Is there a pro-Obama bias in the media? Only if you at it from a certain point-of-view according to "NBC Nightly News" anchor Brian Williams. Despite allegations of just the opposite, the wall-to-wall coverage of presumptive Democratic presidential nominee Sen. Barack Obama's trip to the Middle East then to Europe wasn't a sign of bias - it was just the media attempting to "educate" according to…

Colleen Raezler
May 15th, 2008 5:07 PM
A practical joke on last night's "Boston Legal" had mad cow disease-afflicted lawyer Denny Crane (played by William Shatner) believing the RNC wanted him as the presidential nominee.  And it left "Boston Legal" writers with plenty of opportunities to slam Republicans, like this exchange that suggests former Republican President Ronald Reagan had mad cow disease instead of Alzheimer's:ALAN SHORE:…

ABC's Boston Legal: Iraq Spending Could 'Convert Every Car to Run on E

Brent Baker
December 12th, 2007 9:15 AM
Tuesday night on ABC's farcical drama, Boston Legal, the firm represented a client suing the National Guard for failing to protect his pizza shop from a flood because the soldiers were deployed in Iraq, providing a chance for lawyer “Alan Shore,” played by James Spader, to launch into a courtroom rant about “what the $450 billion dollars we spent on Iraq could buy us.” He offered a litany of left…

ABC's Boston Legal Ridiculed Idea Doctor Could Be a Terrorist

Brent Baker
September 25th, 2007 6:06 PM
Nearly eight weeks before six medical doctors were arrested for their involvement in the late June terrorist attempted car bomb attacks in London and Glasgow, ABC's "Boston Legal" drama -- which has its 90-minute season premiere tonight (Tuesday) -- aired an episode which ridiculed the idea a doctor could be a terrorist. In the May 8 episode, titled "Guantanamo by the Bay," attorney "Alan Shore…