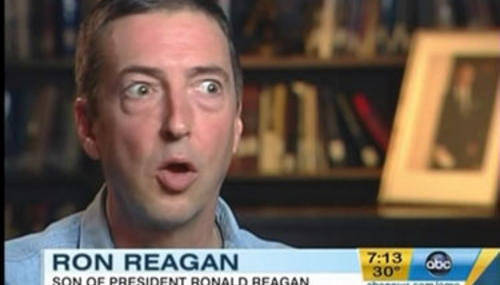 Noel Sheppard
January 17th, 2011 11:07 AM
As most of the nation celebrates Martin Luther King Day while attempting to move passed the tragic events in Tucson, CNBC's Donny Deutsch decided to ask Reverend Al Sharpton if Arizona should secede from the union. Such happened on Monday's "Morning Joe" as the crew discussed gun laws in the wake of the shootings (video follows with transcript and commentary):

Jeff Poor
July 27th, 2009 5:33 PM
It's the kind of astute analysis you'd expect from MSNBC - the place for the politics. CNBC regular and MSNBC fill-in anchor Donny Deutsch solved the mystery behind the media's fascination with former Alaska Gov. Sarah Palin. According to the former advertising executive, it has nothing to do with her stance on several hot-button issues - an advocate of gun rights, a pro-life stance on abortion…

Jeff Poor
March 26th, 2009 3:28 PM
Want a little populist outrage?  There's nothing like hearing it from a multi-millionaire advertising mogul with a spot on CNBC. Donny Deutsch, the host of "The Big Idea," a show the network has shelved, explained to viewers on the March 25 broadcast of "CNBC Reports" he wants measures put in place to keep prevent people he regards as "idiots" from making $10 million a year. "The issue is even…

CNBC's Deutsch: 'You Need a Commander in Chief That's Going to Give th

Jeff Poor
November 4th, 2008 9:05 PM
This just in: Democratic presidential nominee Sen. Barack Obama makes us feel better. That's the way marketing guru and host of CNBC's "The Big Idea" Donny Deutsch sees it. Deutsch appeared on CNBC's Election Night coverage to explain how the country needs a hug and Obama was just the right guy to do - in his psychoanalysis of the nation's temperament. "I'm going to go back to his dad," Deutsch…

Ted Turner: Give Muslim Extremists What They Want to Stop Terrorism