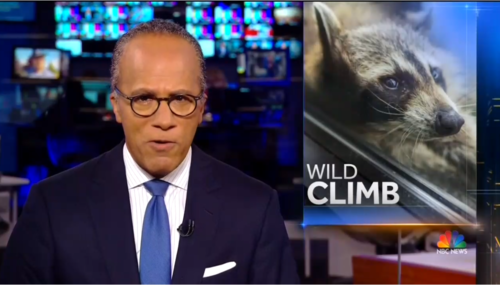 Nicholas Fondacaro
June 13th, 2018 9:10 PM
On Wednesday, CBS News was the only broadcast network of the big three (ABC, CBS, and NBC) to inform their viewers of an ambush on the U.S.-Mexico border that left a Border Patrol agent in critical condition. By their evening broadcast, CBS reported that the agent was upgraded to stable condition but their broadcast competitors ignored the shooting altogether. They instead chose to hype the… 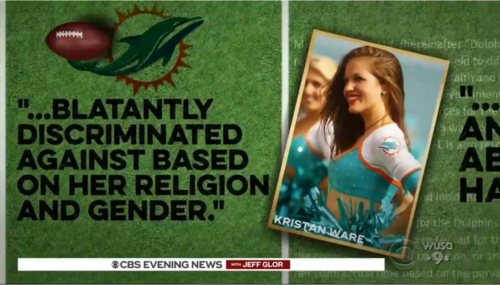 CBS Highlights NFL Cheerleader Discriminated Against for Her Faith

Nicholas Fondacaro
April 13th, 2018 1:00 AM
It’s not often the liberal media report on issues important to the values of conservatives and it isn’t often that they do it in a respectful way. But during Thursday’s CBS Evening News, the network put a spotlight on a case in Florida where former Miami Dolphins cheerleader Kristan Ware filed an official discrimination complaint against the organization saying she was harassed and made to feel… 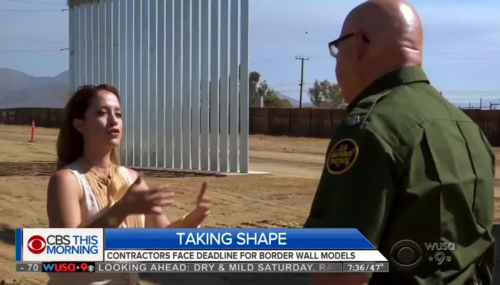 Kyle Drennen
October 26th, 2017 1:23 PM
Reporting from San Diego for CBS This Morning on Thursday, correspondent Mireya Villarreal described the newly-constructed wall prototypes being proposed to secure the U.S.-Mexico border. However, she then grilled a member of the Border Patrol on whether the wall was just “distraction politics.” 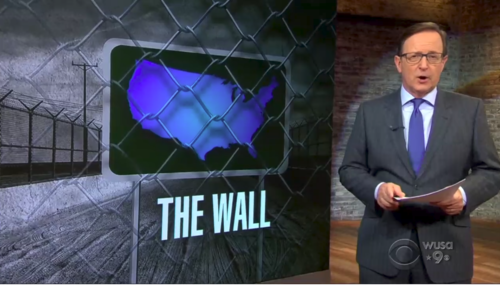 Nicholas Fondacaro
September 28th, 2017 1:10 AM
There was a big step forward in the process towards constructing President Trump’s long-promised border wall on Wednesday. Down on the border, teams of contractors were beginning to descend on the area to begin construction on their visions for what the wall itself would look like. In spite of this progress, both ABC and NBC chose to skip this development during their evening broadcasts. CBS… 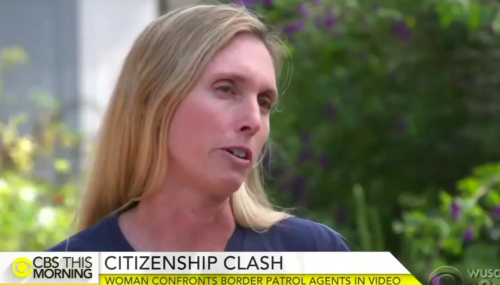 Kyle Drennen
July 26th, 2017 6:13 PM
On Wednesday, CBS This Morning devoted over three minutes of air time to video of a woman refusing to answer routine questions from a Border Patrol agent at a check point near the U.S.-Mexico border. Co-host Norah O’Donnell hyped: “Cell phone video of a confrontation at a border patrol check point is stirring up new controversy in the immigration debate. A California teacher posted this video of… 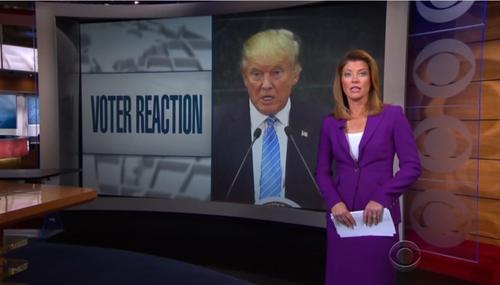 Nicholas Fondacaro
September 1st, 2016 12:54 AM
Donald Trump made a trip down to Mexico Wednesday to meet with President Enridue Pena Nieto. The two discussed the current state of US-Mexico relations, and it seems to have gone well. But following their evening news report of Trump’s visit, CBS took the time to highlight Latino-American’s mobilizing against Trump. “Immigration activists loaded into a van and headed to a local registration…