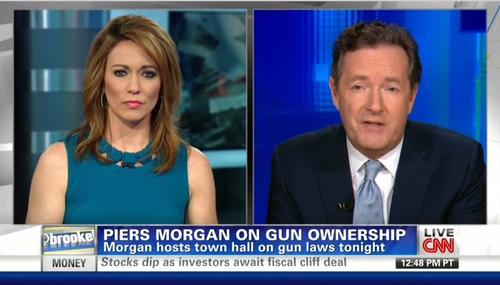 Ken Shepherd
December 19th, 2012 4:03 PM
Our friend Bob Parks, the senior video producer for our sister site MRCTV.org, was invited on Canada's Sun News recently to discuss ESPN's Rob Parker smearing Redskins quarterback Robert Griffin III. Parker was skeptical of RG3, wondering if he was possibly a "cornball brother" who wasn't "down with the cause" because Griffin has a white fiancee and is rumored by some to be a Republican. "…

NB Staff
February 8th, 2010 12:18 PM
It's the central question of the health care debate to liberty-loving Americans: Where in the Constitution does our charter of government grant the federal government the power to make us buy health care (or make us buy anything, for that matter)? But to House Speaker Nancy Pelosi, it's an illegitimate question. "Are you serious?!" she shot back at a CNSNews.com correspondent Matt Cover. Pelosi…