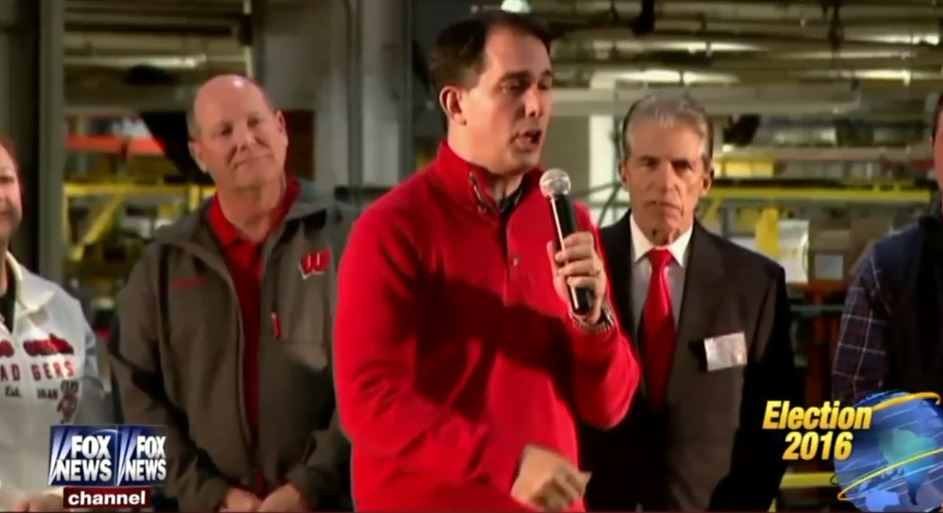 The Washington Post on Thursday conducted another of its obsessive investigations into the younger life of a Republican presidential candidate. This time, it was 2,223 words probing Scott Walker, his activities while at Marquette University and why the future governor did not graduate. Writer David A. Fahrenthold focused on allegations that Walker didn't work hard in French class and that his supporters in a student election stole copies of the campus newspaper.

Fahrenthold allowed that the Wisconsin governor has been very successful, but needled, "Before that streak came a string of defeats: the campus election, his failure to finish college and his first campaign for state office."

As though this was relevant a quarter century later, the journalist described:

But in his classes, some professors said they never saw the same level of focus on schoolwork. In introductory French, for instance, Walker routinely barged into the room after the lesson had begun, loudly making excuses.

“He would talk to me, you know, say, ‘I’m very sorry, I had very important business’?” with the student government, instructor Marc Boutet recalled. “I’m like, ‘En français ! En français!’?”

In another section, Fahrenthold informed that a professor didn't like his "conservative" speeches:

“He seemed utterly bored,” said Michael Fleet, who taught him in a class on the politics of the Third World. Fleet said he’d hoped to get Walker into debates with the liberals in the room. But it didn’t work. Walker would only give occasional short speeches that made conservative arguments.

The lack of a scoop came with this "revelation": Walker-for-student-body-president supporters may have stolen copies of the campus newspaper:

The most notable allegation was that Walker’s people had stolen copies of the campus newspaper, to keep students from reading its endorsement of the other guy. Walker’s friends say to this day that they didn’t do it.

In a section that sounds remarkably similar to a 5400 word hit piece on Mitt Romney, Fahrenthold slimed the young Walker (who has just dropped out of Marquette) with hints of racism:

In 1990, the 22-year-old Walker spent days knocking on doors in the district, preaching a get-tough message. He wanted 200 more cops on the street and stronger mandatory sentences for drug dealers.

“The number one fear is crime,” he wrote in a letter to Marquette students, asking them, again, to vote for him. “For too long, we have ignored this issue and now it is time to do something about it.”

Moore, who is now a member of Congress, said: “His campaign was one big dog whistle.” She believed that Walker’s anti-crime message was a way to speak to white voters’ fears of blacks without saying them aloud. “He had sort of insinuated sort of the worst stereotypes about black people [and] innate criminality.”

In May of 2012, the Post published an exhaustive attack on Romney, hinting that, as a young man, he bullied someone else for presumed homosexuality.