Shhh! Don't tell this to the Mainstream Media but Joan Rivers was a big Ronald Reagan supporter.

In the Joan Rivers obituaries you will sometimes see mention about her being friends with Nancy Reagan. However what you haven't seen yet is the fact that Rivers was a supporter of Ronald Reagan to the extent that she helped him out in his 1984 re-election campaign. It was noted at the time and many liberals were displeased as you can see from the very title of this snarky Washington Post article reprinted in the Eugene Register-Guard published early in the 1984 campaign on August 24 of that year, Nancy Reagan didn't mind Joan Rivers' off-color jokes:

Dallas---Nancy Reagan said Thursday she didn't mind Joan Rivers' off color repertoire that sent all but a few of the 2000 Republican women into gales of laughter Wednesday at a luncheon saluting the first lady and other distinguished Republican women.

"It provided a lift," said the first lady in an interview in her hotel suite with the Washington Post and Newsweek that also touched on campaigning, her image, the gender gap and the Reagan family.

"I can tell you she (Rivers) showed me some of the questions that she did not answer, written by Republican women who signed their names," Mrs. Reagan said, laughing. "And she wouldn't touch them with a 10-foot pole."

Explaining why she invited Rivers, Mrs. Reagan said, "Did anybody ever know that Joan Rivers would support Ronald Reagan? It does seem like an odd combination, doesn't it? But it's true. She is a Reagan supporter and I think it's nice if everybody knew it."

Apparently the MSM now wants you to forget it. 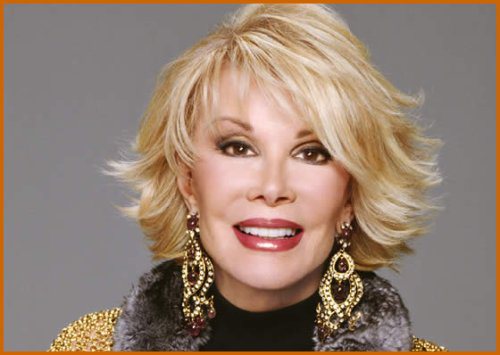