On Thursday, shortly after news broke of the Capital Gazette massacre in Annapolis, Maryland, Conor Berry, a reporter at the The Republican newspaper in Springfield, Massachusetts, published a tweet which appeared to be serious claiming that the shooter "dropped his #MAGA hat on the newsroom floor before opening fire."

Berry, a journalist with 21 years of experience, is now an unemployed journalist, as he resigned on Friday.

In a phone interview with the Boston Globe, Berry described the following since-deleted tweet as "a snarky, sarcastic, cynical remark" (h/t Fox News):

Berry also told the Globe that "his reporting has 'pissed off' both liberals and conservatives over the years." A review of Berry's Twitter account, which is still active, indicates that he has probably "pissed off" far more conservatives than liberals. This seems especially apparent in Berry's more recent tweets and retweets, which seem to reflect what he told the Globe, namely, in the paper's words, that "one silver lining in losing his job is his ability to freely express his opinions."

Berry does deserve credit for a genuine apology, as seen in this now-pinned tweet:

Berry's tweet can fairly be translated as, "I was wrong, I am sorry," and is directed at the objects of his horribly misguided ridicule, thus meeting the standard for a genuine apology.

The same cannot be said of several "apologies" after Trump-deranged tweets and statements, as they have been far less than genuine. 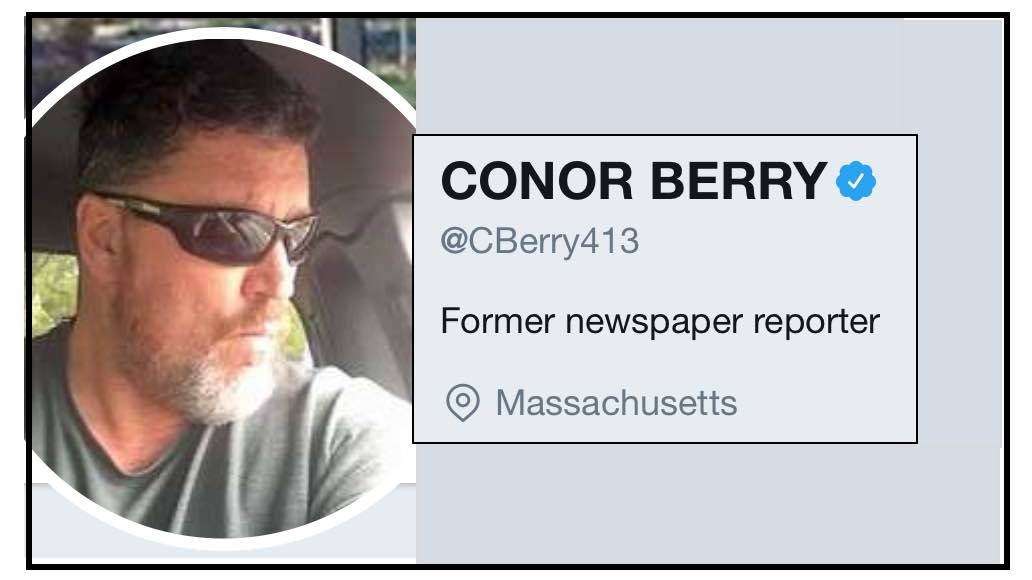 For example, Peter Fonda wished harm on Barron Trump, the first family's son, and three Trump administration officials: Sarah Sanders, Stephen Miller, and Kristjen Nielsen. His apology only extended "to the family for what I said." Several so-called "apologies" from others have generally been of the especially irritating "I'm sorry you were offended" variety.

It has become clear that Trump Derangement Syndrome extends far beyond journalists who work in Metro DC and in major US metropolitan areas.  Reporters at local newspapers have even been infected. Based on some reports from local outlets and tweets published by local reporters who supposedly have their hands full just keeping up with local and regional matters, it's reasonable to believe that some of them have been especially infected.

The Globe also reported that "The Republican’s executive editor, Wayne Phaneuf ... said his outlet must be 'more vigilant than ever to be fair and accurate in a climate in which we are scrutinized and criticized.'"

Good idea, Mr. Phaneuf. Hope others are paying attention — and that Conor Berry is somehow is able to take that outlook to his next journalistic endeavor, assuming he finds one.