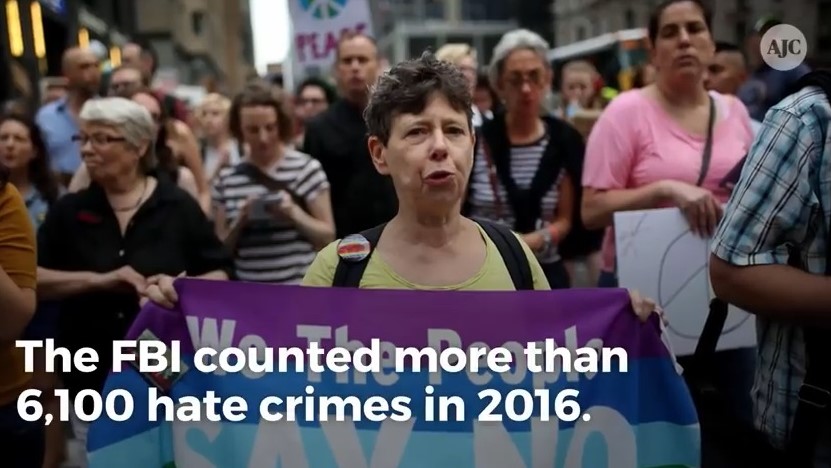 The Federal Bureau of Investigation published its annual hate crime statistics earlier this week. The press has dutifully fallen into line with the predictable narrative that the 5 percent reported increase in hate crimes in 2016 occurred because of Donald Trump's presidential campaign.

Here's a partial lineup of the commentary in press reports on the FBI's release:

Several outlets have noted that the hate crime statistics are quite incomplete. NPR, for one, reported that "nearly 90 cities with populations of more than 100,000 either reported zero hate crimes or did not report data for 2016." Whether this reflects refusal to do the paperwork for a task that is not mandatory or resistance by law enforcement to reporting on a category of crimes which was created as an artificial construct — after all, every violent crime has an element of hate — is apparently not known.

In cases where law enforcement was able to identify the perpetrator, 46.3 percent were white and 26.1 percent were black.

Well now. Wouldn't it make sense for the press, when reporting on hate crimes, to concentrate its attention at least as much on the actual haters, i.e., the offenders, as the victims, especially when trying to pin blame for a reported increase on political factors? Of course it would.

But liberals seem to think that there's no such thing as "hate crimes" committed against whites. See this Broadly headline: "Can you commit a hate crime against a white person?" That's apparently a shocking thought. Somehow, whites can't be hated? Or do they somehow deserve to be hated for their privilege?

When the focus is on the offenders, we find that, despite allegations that many in law enforcement are reluctant to pin the "hate" tag on many crimes committed by blacks, blacks constitute a disproportionate share of hate crime perpetrators. What's more, black hate crime offenders as a percentage of all offenders increased significantly in both 2015 and 2016 (sources: Table 9 at the respective FBI reports for 2014, 2015, and 2016, and Wikipedia for the population percentages):

The absolute number of reported white hate crime offenders fell during the two-year period. White offenders as a percentage of all offenders identifiable by race fell by even more, because the number of identifiable offenders who are black or belong to other races went way, way up.

What we're really seeing, despite how the press wants to portray it, is another likely manifestation of the "Ferguson effect."

As Thomas Lifson's correspondent at American Thinker observed: "If Donald Trump, Steve Bannon, and Richard Spencer are trying to encourage whites to commit hate crimes...they're not very good at it."

But it's a lot easier — and certainly more politically correct, though factually wrong — to pin the blame on Donald Trump.