Newsweek: ‘Has There Been Any President Cooler Than Obama?’

Journalistic love for Barack Obama certainly hasn’t gone away. Newsweek’s Twitter page on Tuesday hyped, “Has there been any president cooler than Obama?”  The magazine, which barely publishes these days, features contributions from a website called Quora. That article wondered, “OBAMA, THE FIRST POP CULTURE PRESIDENT?”

The piece is written by Stephanie Vardavas, a 2008 Democratic National Convention delegate. She rhapsodized, “Along comes a youthful, vigorous, brilliant black man, with a lively interest in popular culture (especially sports and music) as well as the serious issues of the day. He gets elected president—twice—which still seems like a miracle to me when I think about it.” 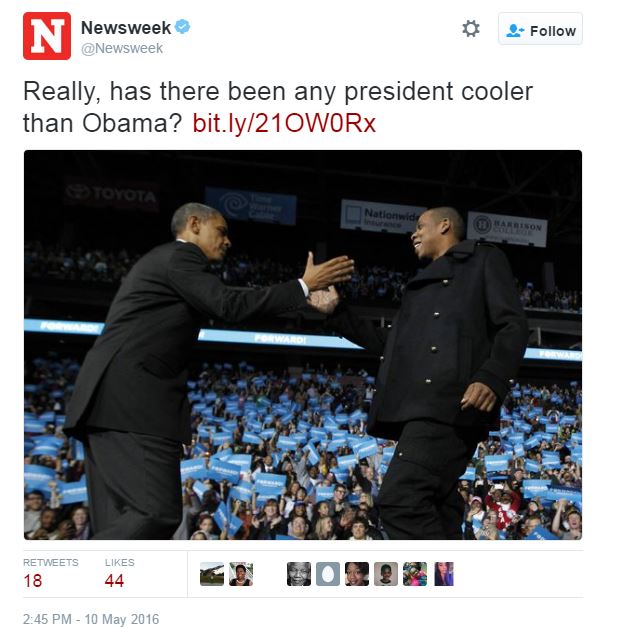 This Newsweek/Quora contribution included the requisite slam on “authoritarian strains of conservatism”:

Having said all that, it's clear to me that the trend abates for at least four years when this president leaves office. It's impossible to imagine Bernie Sanders, Hillary Clinton, Donald Trump, Ted Cruz, or John Kasich exhibiting this kind of cool, or even understanding, of popular culture. The Republican candidates come from an authoritarian strain of conservatism that would do its best to shut down much of this popular culture if it could (and which, thankfully, it can't). The Democrats mean well but are just too old (although Hillary's mastery of the art of Twitter-trolling her opponents gives me some hope). 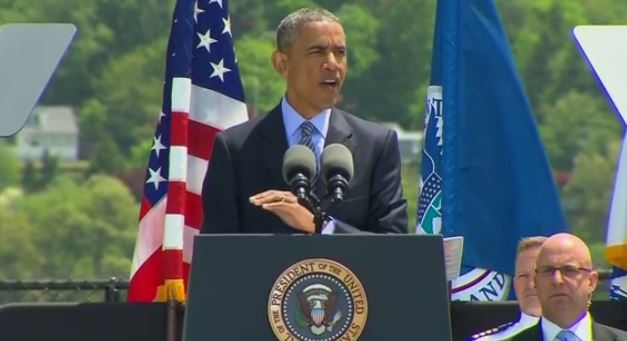 In December of 2012, Newsweek ceased publication and became online only. In March of 2014, IBT Media relaunched Newsweek in print. However, the magazine is now hardly accessible to most readers. It’s difficult to find in stores and costs a whopping $99.99 for a year subscription.

Though on life support, the magazine still carries its tired, liberal bias. [Hat tip to T. Becket Adams of the Washington Examiner for noticing the tweet.]