The journalists at Good Morning America made sure to hype the newest nasty comments by Donald Trump, but allowed a scant 32 seconds on the latest Hillary Clinton woes. It wasn’t until the very end of a story on Trump attacking Carly Fiorina’s looks that reporter Jon Karl remembered, “There's also news on the Democratic side.”

Karl related, “A new poll by Quinnipiac shows real trouble for Hillary Clinton in Iowa. The poll has Bernie Sanders with 41 percent of the vote. Hillary Clinton with 40 percent.” At no time did the journalist mention Clinton’s e-mail scandal.

The only other mention of Clinton came with a six second news brief in the 8am hour. That, too, avoided the e-mail controversy. As the Washington Post explained on Friday: 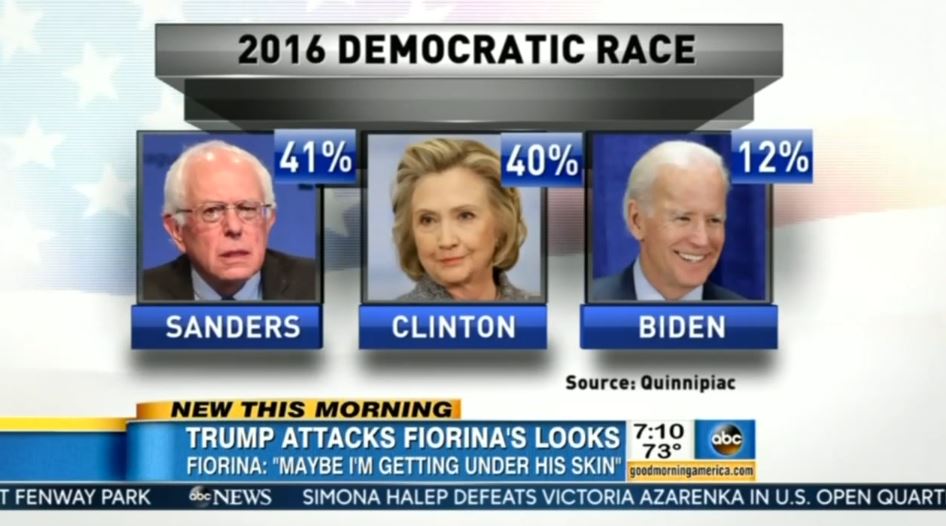 A House investigative committee is requiring an in-person appearance Thursday by the former State Department staffer who worked on Hillary Rodham Clinton’s private e-mail server and has invoked his Fifth Amendment rights to refuse to answer lawmakers’ questions.

Instead of extensively covering the Democrat’s woes, GMA offered a full report on Trump’s sexist attack against Carly Fiorina. Robin Roberts led the show by announcing, “Donald Trump, under fire for his comments about Republican rival Carly Fiorina. What Trump said about her face and how she's firing back.”

A transcript of the September 10 GMA segment is below: 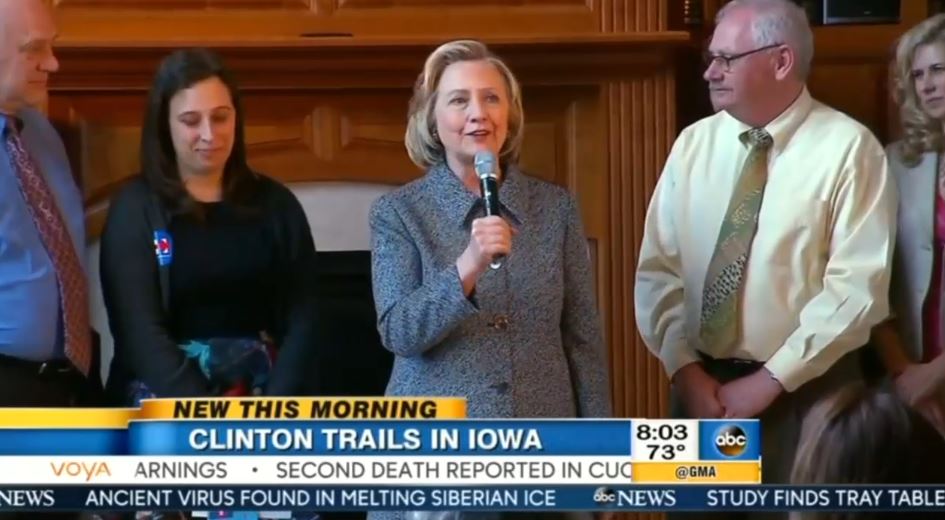 GEORGE STEPHANOPOULOS: Okay We’re going to move to the race for the president now. Your voice, your vote. And a new feud for Donald Trump under fire for comments he made about Carly Fiorina's looks in an interview with Rolling Stone. Fiorina responding overnight after a rollicking Trump rally on the Iran nuclear deal in Washington. Jon Karl joins us with the campaign latest. And Jon, a new feud for Donald Trump but also new highs in the polls. 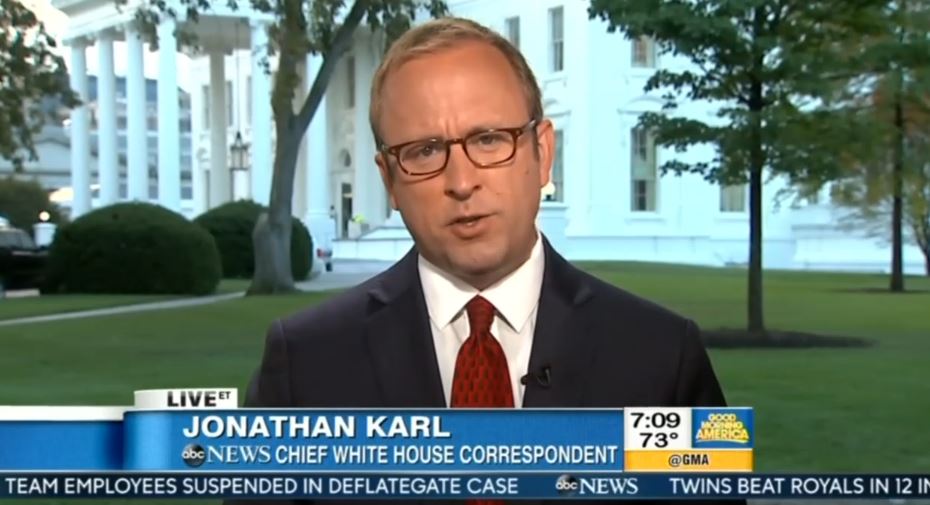 JON KARL: George, the Trump surge continues. A new poll out this morning has him at his highest level of support yet. This comes as he is attacking the only Republican woman in the race, insulting the way she looks. Overnight, Donald Trump took a swipe at the only female Republican in the race, disparaging the looks of Carly Fiorina. The cover story of Rolling Stone magazine quotes him saying of Fiorina, “Look at that face. Would anyone vote for that? Can you imagine that, the face of our next president?” Fiorina told Fox News she's not going to waste any time worrying about Trump's attacks.

CARLY FIORINA: But maybe, just maybe, I'm getting under his skin a little bit because I'm climbing in the polls.

KARL: Meanwhile, the bromance between Trump and Ted Cruz came to Washington, Wednesday, in a rally against the Iran nuclear deal.

DONALD TRUMP: Never, ever, ever in my life have I seen any transaction so incompetently negotiated as our deal with Iran.

TED CRUZ: Get it done. Stop this deal.

KARL: Without offering real specifics, the Donald vowed everything will change when he wins the White House.

TRUMP: We will have so much winning if I get elected that you may get bored with winning.

KARL: Ted Cruz is one of the few candidates who hasn't attacked Trump. He made no bones about hoping to steal the front-runner's spotlight and his votes. Why did you have Donald Trump in this rally?

CRUZ: It's not complicated. Number one, I like Donald. But, number two, everywhere he goes he brings a hundred television cameras with him.

KARL: There’s also news on the Democratic side, George. A new poll by Quinnipiac shows real trouble for Hillary Clinton in Iowa. The poll has Bernie Sanders with 41 percent of the vote. Hillary Clinton with 40 percent. She already, of course, is losing in New Hampshire. Real trouble and you can bet Joe Biden, who isn't running yet, will catch-- will be watching that. He is on the Late Show With Stephen Colbert tonight getting ready to make his decision about running.