Good Morning America reporter Tom Llamas has decided that the term "anchor baby" is now offensive. The journalist yelled at Donald Trump for a story that appeared Thursday, lecturing the candidate: "That's an offensive term! People find that hurtful."

Trump retorted, "You mean it's not political correct and yet everybody uses it?" Llamas exploded, "Look it up in the dictionary. It's offensive!" In a part of the exchange not aired on GMA, the journalist sarcastically began, "You said that you have a big heart, and that you’re not mean-spirited."

If the term "anchor baby" is offensive, it apparently wasn't hateful enough to provoke an objection from the co-host of Good Morning America. On August 4, 2010, George Stephanopoulos interviewed Lou Dobbs and had no reaction to the TV personality using the phrase: 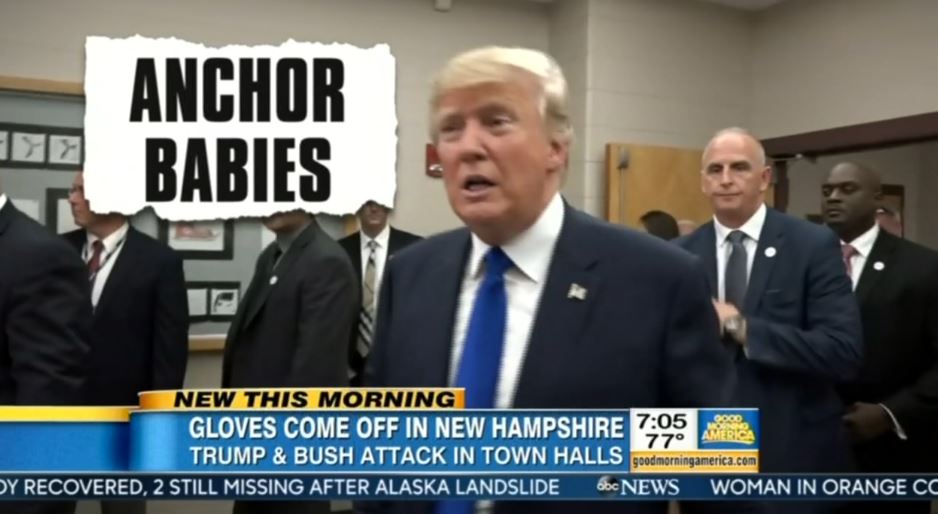 GEORGE STEPHANOPOULOS: You've got people coming here simply for the purpose of having babies, dropping babies here. And then if you look at other liberal democracies, England, France, in Europe, they don't have birthright citizenship.

DOBBS: Absolutely. We are the only nation, it's one of the reasons I embrace the idea of hearings. We're the only nation on Earth that gives birthright citizenship, and 400,000 anchor babies are estimated to have been born in this country last year. It's an immense problem.

A transcript of the August 20 GMA segment is below: 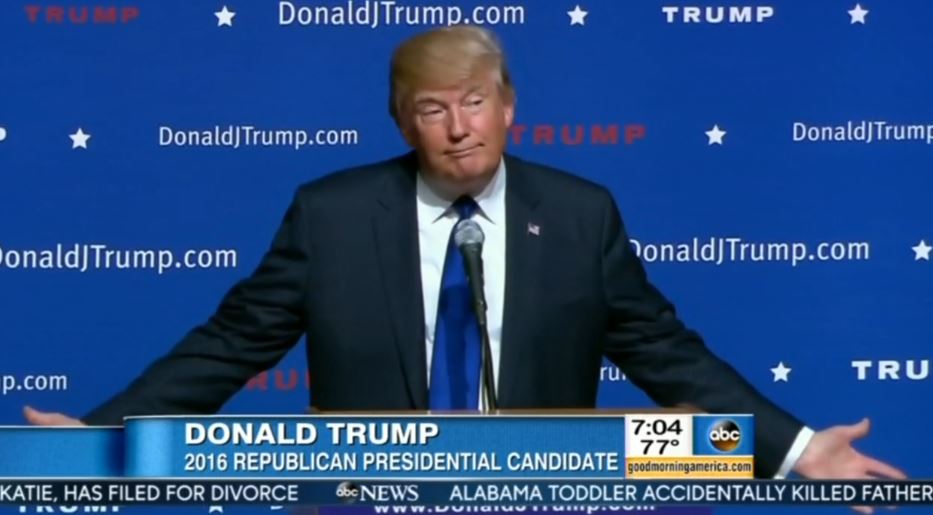 STEPHANOPOULOS: We're going to turn now to that duel between Donald Trump and Jeb Bush, town halls last night just miles apart in New Hampshire and the gloves came off with taunts and direct attacks. ABC's Tom Llamas covering all the action. He joins us now. Good morning, Tom.

TOM LLAMAS: George, good morning to you. Donald Trump has gone after Jeb Bush before, but never like this. Openly mocking him and the Trump crowds loving every minute of it. This as Jeb Bush who was trying to stay above the fray, it may be too late for that.

LLAMAS: Overnight, Donald Trump and Jeb Bush in a tear-down fight over immigration and the Republican Party. Both men holding town halls in New Hampshire at the same time Wednesday night.

LLAMAS: Trump the clear front-runner taking jabs at Jeb while trying to close the deal with voters over his immigration plan, including building a wall along the border with Mexico.

TRUMP: I want it to be so beautiful because maybe someday they'll call it the Trump wall. Maybe.

LLAMAS: And now saying as president he's enlist local police to help round up some of the 11 million undocumented immigrants he wants to deport.

TRUMP: We're going to get them out so fast and so quick. And it's going to be tough. It's not going to be like "Oh, please will you come please with us please?"

JEB BUSH: Mr. Trump doesn't have a proven conservative record. He was a Democrat longer in the last decade than he was a Republican. He's given more money to Democrats than he's given to Republicans.

BUSH: Look, the language is pretty vitriolic for sure. 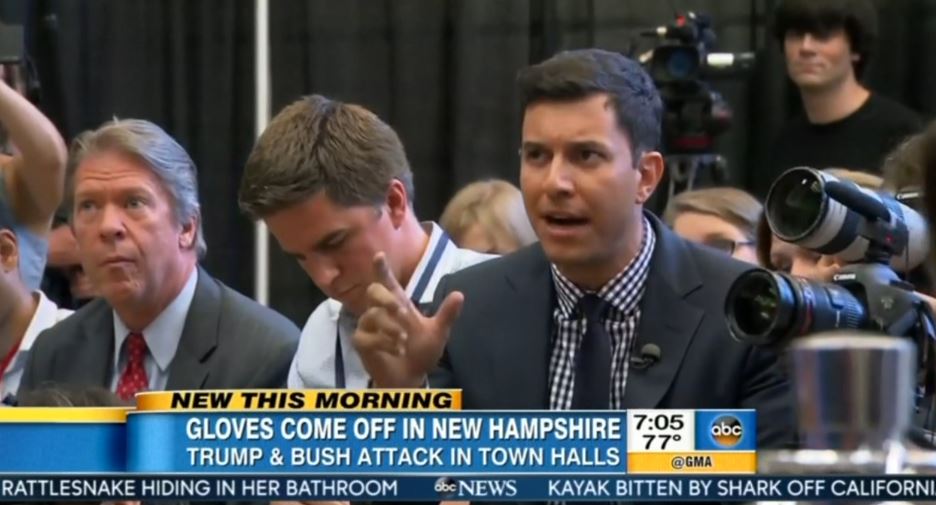 LLAMAS: We asked Trump about a phrase he's using more and more, anchor babies, to describe children of undocumented immigrants born in the U.S. Trump says the parents have the child so they're not deported. That's an offensive term! People find that hurtful.

TRUMP: You mean it's not political correct and yet everybody uses it.

LLAMAS: Look it up in the dictionary. It's offensive!

LLAMAS: Now, we have some new polls out of three critical swing states this morning. Take a look at this: Trump is actually leading in Bush's own state of Florida along with Pennsylvania. And just behind the sitting governor of Ohio, John Kasich in the buckeye state. But head-to-head with Hillary Clinton, a different story. Clinton ahead in Ohio and Pennsylvania, but Trump on top in Florida. The only Republican to beat Hillary in those three swing states, Senator Marco Rubio. George.