The shocking murder of a young woman in San Francisco by an illegal immigrant has, temporarily, provoked the liberal media into discussing crime by people who shouldn't be in America. Kathryn Steinle, 32, was killed by a Mexican who had seven felony convictions and had been deported five times. This resulted in extensive coverage on ABC, CBS and NBC from Friday through Monday.

Yet, the same networks also kept Donald Trump and his "controversial" comments on immigration in the story. Some reports wrapped the two stories together, including reporter Mark Albert on the July 4 CBS Evening News: "Trump has made a string of inflammatory comments about Mexican immigrants... The comments have cost him." (The Republican candidate tweeted his response to the murder.) 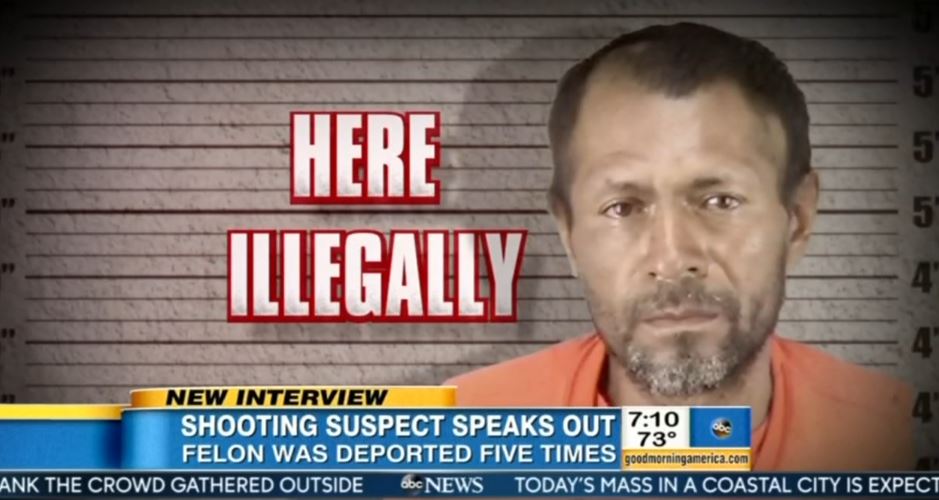 DAN HARRIS: What's the rational behind this law that prevents the law enforcement officials in San Francisco of notifying ICE or turning somebody over to ICE?

BRAD GARRETT: Because, Dan, immigration laws are a big rub, particularly in ethnically diverse communities obviously like San Francisco. And so, the police want to separate themselves from doing immigration enforcement because it causes such consternation in various communities within San Francisco. They are there to build a relationship with the community, not keep it in fear and that's really the big issue here. 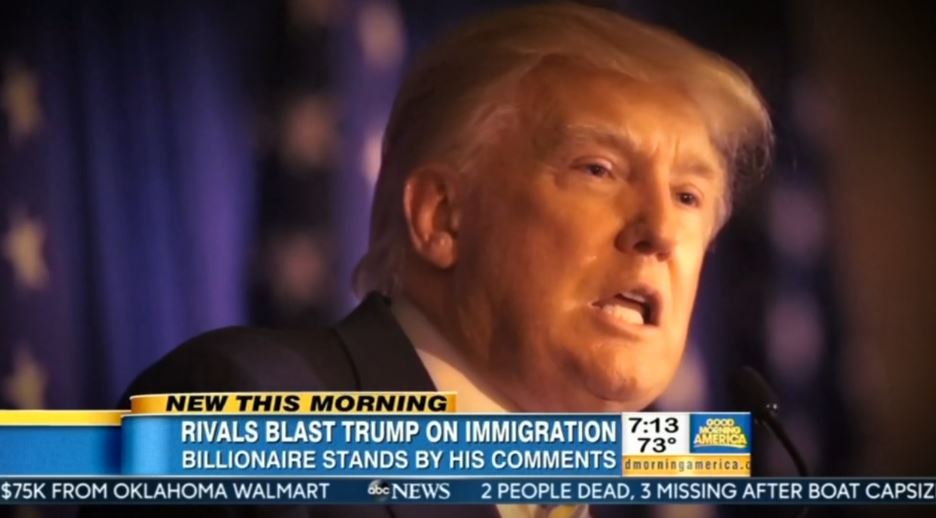 Co-host Paula Faris used the language of the left and referred to the "undocumented immigrant who some say should have never been back on the streets." On Monday's CBS This Morning, Ben Tracy went the same route, describing the "undocumented immigrant." Regarding the idea of a sanctuary city, he blandly explained, "The policy does not require the city to cooperate with immigration officials. That's why he was not in federal custody."

On the Today show, Sunday, Erica Hill used harsher language, suggesting the "random murder of a 32-year-old woman in a popular tourist attraction has pulled back the curtain on the city's controversial policy." Appearing on Monday's Good Morning America, Pierre Thomas actually wondered, "[The murder] raises an awful question: Did a gap in this nation's immigration system cause this victim her life?"

However, on Monday, GMA also noted that Trump's GOP rivals are "blasting" him for his initial comments on immigration. Reporter Tom Llamas asserted, "Nearly every Republican candidate has now distanced themselves, many openly condemning Trump's claim."

ABC and the other networks should be given credit for at least covering the murder and connection it to the immigration debate. ABC, known as a superficial network, offered stories every day from Friday through Monday. The question is will there be follow-up on the impact crime by illegals?