Rob Lowe Unloads on Obama for His Israel Snub: 'Hold Up'

Actor Rob Lowe sounded conservative again on Friday, hitting the President for doing an interview with a YouTube celebrity, but ignoring Benjamin Netanyahu. Lowe tweeted out, "Hold up. Is it true that a woman who eats cereal out of a bathtub gets to meet with the President and the Prime Minister of Isreal [sic] does not?"

He then tweeted a picture of quasi-celebrity GloZell eating Fruit Loops in a tub. He pointedly added, "For those who aren't up to speed, here is the woman who had an official meeting with POTUS yesterday."

In August of 2014, Lowe hit Obama for foreign policy failings: "Waiting to hear POTUS explain the disaster the world has become." 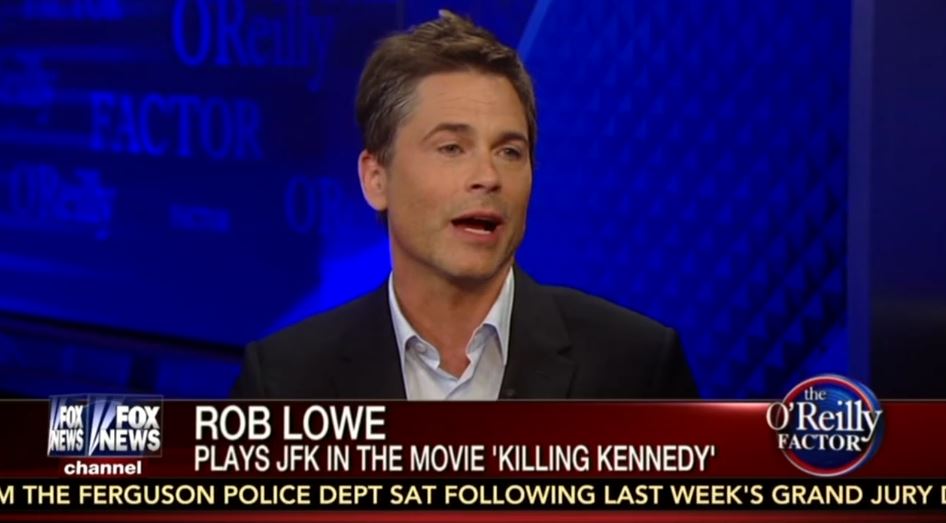 On November 10, 2014, he appeared on Meet the Press Pass and insisted, "Kennedy's 'Ask not what your country can do for you, but what you can do for your country'...today I think that's – our discussion is the inverse. People are asking, 'What can our government do for us?'"

On May 17, 2011, the former West Wing star explained how he saw the difference between conservatism and liberalism: "Liberal politics is built on empathy. I think conservative politics, from my opinion is built on...logic."

On Friday, ABC hyped Obama's "interesting" interview with YouTube stars. ABC's hosts didn't point out that one of the questions, by a 19-year-old fashion blogger, was nearly identical to one by veteran journalist Barbara Walters. YouTube's Bethany Mota queried, "If you had any superpower what would it be?" On December 23, 2011, Walters asked Obama, "If you were a super hero and you could have one super power, what would it be?"