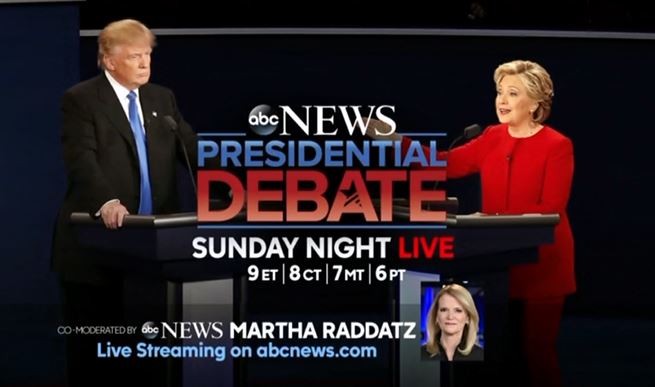 The 2016 presidential and vice presidential debates have already been notable for their bias, with NBC’s Lester Holt pounding Donald Trump with a skewed set of questions during the first debate, and CBS’s Elaine Quijano doing the same with Mike Pence on Tuesday.

So what should viewers expect at tomorrow night’s town hall-style debate? MRC’s Geoffrey Dickens has already documented the tilt that co-moderators Martha Raddatz and Anderson Cooper have displayed in the past. And a look at the past six town hall debates finds — with one exception — each of the moderators has favored calling on audience members who planned to ask liberal-themed questions.

The Media Research Center has examined the agenda of every town hall debate since the format debuted 24 years ago. According to the rules, an independent polling firm recruits an audience of several dozen undecided voters, but it’s the journalist/moderator who selects which citizens will actually be permitted to question the candidates. The result has been 34 questions that reflect a liberal agenda or promote Democratic campaign themes, vs. 17 that reflect a conservative agenda or suggest Republican campaign themes, a two-to-one bias. 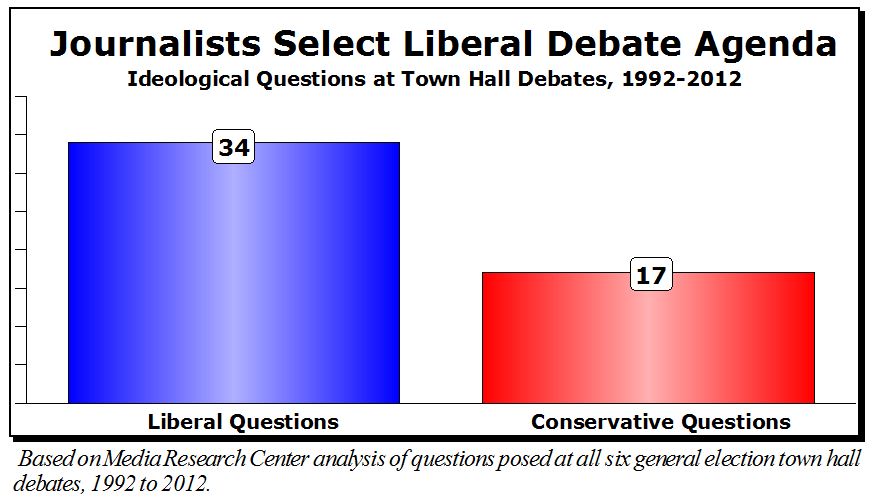 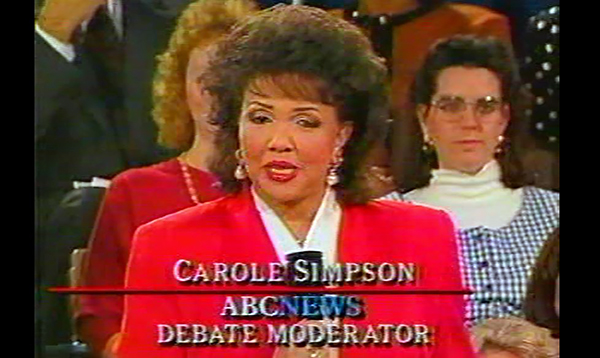 In the 1992 Bush-Clinton-Perot debate in Richmond, moderated by then-ABC anchor Carole Simpson, we scored eight audience questions as straightforward requests for information, four liberal questions, and no conservative questions. One participant that year described the election as about choosing a father who would take care of citizens, whom he referred to as “children.”

The focus of my work as a domestic mediator is meeting the needs of the children that I work with, by way of their parents, and not the wants of their parents. And I ask the three of you, how can we, as symbolically the children of the future president, expect the two of you, the three of you to meet our needs, the needs in housing and in crime and you name it, as opposed to the wants of your political spin doctors and your political parties?

Four years later, with PBS’s Jim Lehrer moderating the debate, we tallied ten questions as straightforward, five as conveying a liberal agenda, and three as conservative. That year, one voter asked Bill Clinton whether he had “plans to expand the Family Leave Act,” while another insisted during a discussion of health care that “the private sector is a problem.”

In 2000, Lehrer was at the helm once again, and this time favored liberal questions by an 8-to-2 margin over conservative questions. Examples from that debate: One voter asked George W. Bush and Al Gore: “Would you be open to the idea of a national health care plan for everybody?” while another targeted Bush:

We’d like to know why you object to the Brady handgun bill, if you do object to it. Because in a recent TV ad, it showed that the [NRA] says if you are elected that they will be working out of your office...actually, that kind of bothers me. 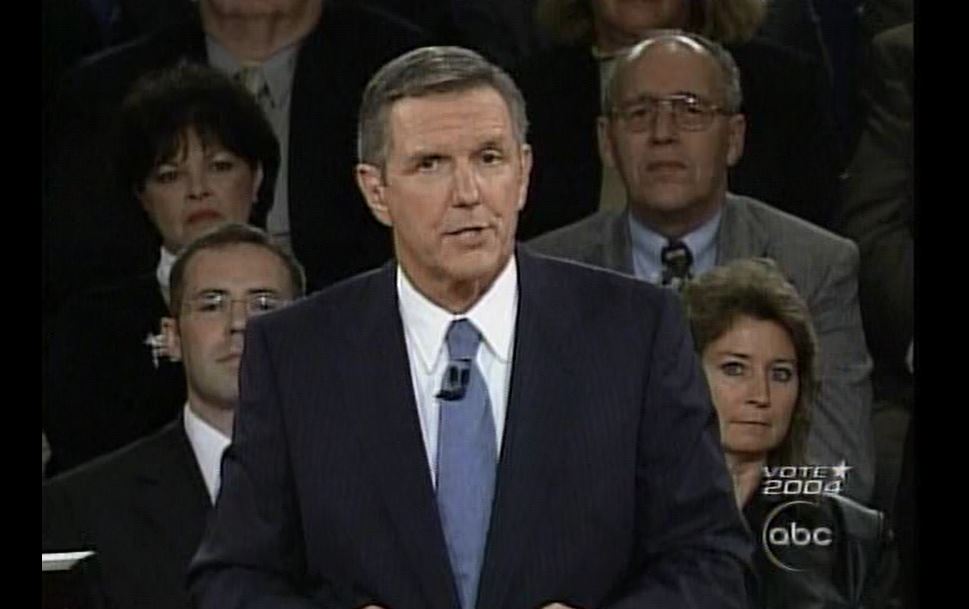 In 2004, viewers finally saw some balance: ABC anchor Charles Gibson picked an ideologically balanced set of questions: eight from the left/pro-Kerry, eight from the right/pro-Bush and two ambiguous/neutral. From the left, one voter lectured then-President Bush about the “intensity of aggravation that other countries had with how we handled the Iraq situation,” while another complained about the Patriot Act “which takes away checks on law enforcement and weakens American citizens’ rights and freedoms....Why are my rights being watered down?”

But balancing the night, Gibson also showcased a voter who posed this tough question to John Kerry: “You’ve stated your concern for the rising cost of health care, yet you chose a vice presidential candidate who has made millions of dollars successfully suing medical professionals. How do you reconcile this with the voters?”

Another voter aimed at Kerry’s cynical use of stem cell research to paint Republicans as anti-science. “Senator Kerry, thousands of people have already been cured or treated by the use of adult stem cells or umbilical cord stem cells. However, no one has been cured by using embryonic stem cells. Wouldn’t it be wise to use stem cells obtained without the destruction of an embryo?” 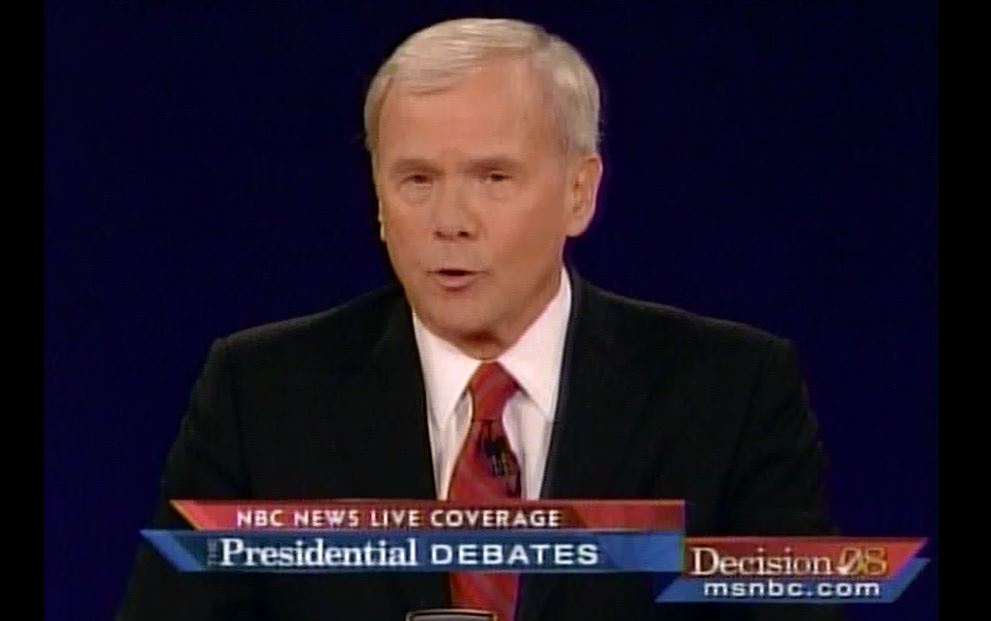 In 2008, NBC’s Tom Brokaw selected a dozen questions from citizens — three from the left, none from the right, and nine that were neutral/informational. The Obama-McCain town hall debate took place at the height of the financial panic that year, and one voter demanded to know “What’s the fastest, most positive solution to bail these people [retirees and workers] out of the economic ruin?”

Another voter wanted to see a flurry of legislation to create “green jobs,” telling John McCain: “We saw that Congress moved pretty fast in the face of an economic crisis. I want to know, what you would do within the first two years to make sure that Congress moves fast as far as environmental issues, like climate change and green jobs?” 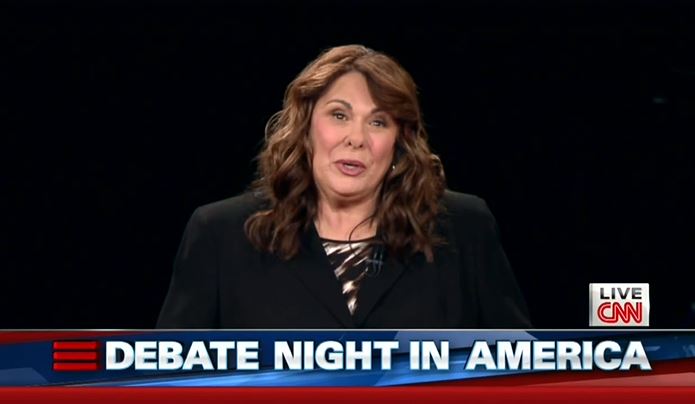 And in 2012, CNN’s Candy Crowley (who infamously fumbled her fact-check of Mitt Romney) called on 11 voters, six of whom posed pro-Obama/liberal-themed questions, vs. three with pro-Romney questions, and two others scored as neutral.

Among the questions reflecting the night’s Obama-friendly agenda:

■ In what new ways do you intend to rectify the inequalities in the workplace, specifically regarding females making only 72 percent of what their male counterparts earn?

■ I attribute much of America’s economic and international problems to the failings and missteps of the Bush administration. Since both you [Governor Romney] and President Bush are Republicans, I fear a return to the policies of those years should you win this election. What is the biggest difference between you and George W. Bush?

■ Mr. Romney, what do you plan on doing with immigrants without their green cards that are currently living here as productive members of society?

Crowley tapped this question from a voter pressing Obama from the left on gun control: “During the Democratic National Convention in 2008, you stated you wanted to keep AK-47s out of the hands of criminals. What has your administration done or planned to do to limit the availability of assault weapons?”

Yet, there were no similar questions pushing Romney from the right. The pro-Romney questions (about high gas prices, the attack in Libya, and one from a voter who was not as optimistic about Obama as he was in 2008) incorporated criticisms of Obama’s tenure, but none suggested a conservative or anti-liberal philosophical agenda.

The toughest question for Obama was the question about his administration’s obvious failure to provide necessary security for the Libyan consulate that was attacked on September 11: “The State Department refused extra security for our embassy in Benghazi, Libya, prior to the attacks that killed four Americans. Who was it that denied enhanced security and why?”

If relatively moderate, establishment-oriented Republican nominees such as George H.W. Bush, Bob Dole, George W. Bush, John McCain and Mitt Romney had to confront a biased agenda at their presidential debates, does anyone think that the moderators will be more fair with a much-criticized outsider such as Donald Trump? Don’t be surprised if Sunday night is the third biased debate in a row.