Hypocritical CNN Comes to the Rescue of the Disgraced Al Franken, Publishes His Guide to Beating Trump 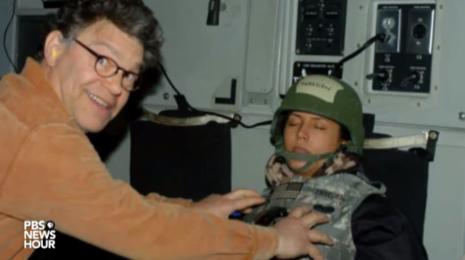 Four years after stepping down from being a Minnesota Democratic senator and after facing charges of sexual harassment, it looks like former comedian Al Franken is getting some help from CNN’s website. That assistance came in the form of an op-ed released on Wednesday. Franken’s item entitled “How Biden Wins” was posted on CNN.com.

Quite the hypocrisy for CNN. After all, this is the network that claims to be horrified by accusations against Donald Trump. Yet has no problem with promoting Franken, a man who was forced out of the Senate after claims of unwanted touching.

According to an article written by Joe Concha, the media reporter for The Hill.com website stated that the presidential election is only 111 days away and Franken provided “a road map for former Vice President Joe Biden” to win the White House.

When your opponent is digging himself a hole, you let him keep digging.

By design or necessity, Joe Biden has laid low since we all sheltered in place, allowing President Donald Trump to turn the November election into a referendum on Donald Trump.

Franken added: “And right now, Donald Trump appears to be losing badly to Donald Trump." The former Saturday Night Live comic asserted: “[G]iven Trump's inability to admit and learn from mistakes, there is the real possibility that he will continue to crash and burn all the way through to November 3.”

However, Biden and the Democrats “can't count on that. Instead, they must offer the American people a real rationale for voting in the fall for three reasons.” First, “a Trump victory would be a disaster for everything Democrats hold dear: democracy, economic justice, social justice and justice,” as well as “health care for all Americans and global warning” and “[s]tuff like that.”

The CNN article got nuttier as Franken warned that “if Trump loses a close election, he may very well refuse to leave.”

Concha noted that Franken, a 69-year-old Democrat, was “once considered to be a viable 2020 presidential candidate” because “he served in the Senate for more than eight years.” However, the reporter stated, the former comedian announced his resignation in December of 2017 after eight women accused him of sexual misconduct.

The first female to do so was Los Angeles radio host Leeann Tweeden, who “showed a photo of Franken grabbing her chest while she was sleeping during a flight on a USO tour a decade earlier.”

At that time, Franken vowed to continue to speak out "as an activist.” In March of this year, Chris Cuomo interviewed the Democrat. He fawned over the disgraced liberal, cheering, "Your voice is needed."