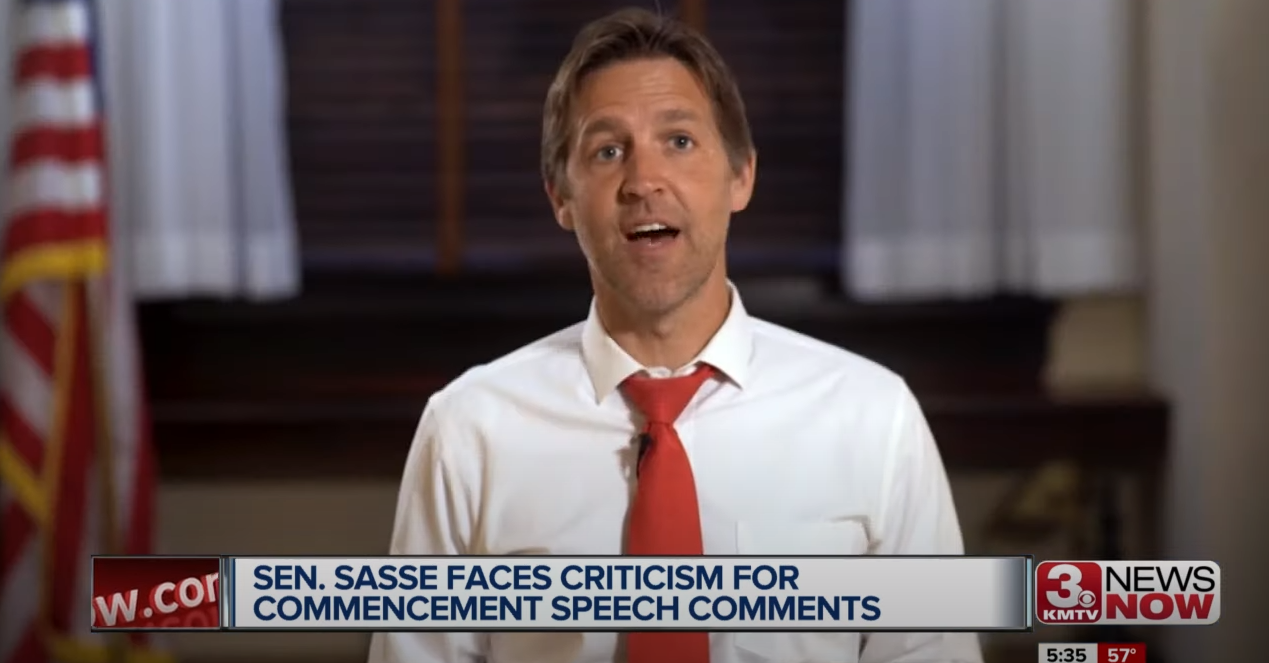 May is when most schools celebrate the end of an academic year by hosting commencement ceremonies featuring speeches made by guest speakers giving students advice on how to remain successful after graduation. However, the humorless scolds at The Washington Post and other outlets weren't happy with Ben Sasse's jokes during his speech, deeming the address "narrow-minded and just plain wrong."

The remarks made on Saturday by the Nebraska Senator during the ceremony at Fremont High School (where he graduated in 1990) offend their fragile sensibilities. According to an article posted by Karen Townsend, a writer for HorAir.com, reaction to Sasse’s comments was “over the top,” and the media “hated it.”

Here's what the Post's Chris Cillizza tweeted about Sasse's jokes and comments: 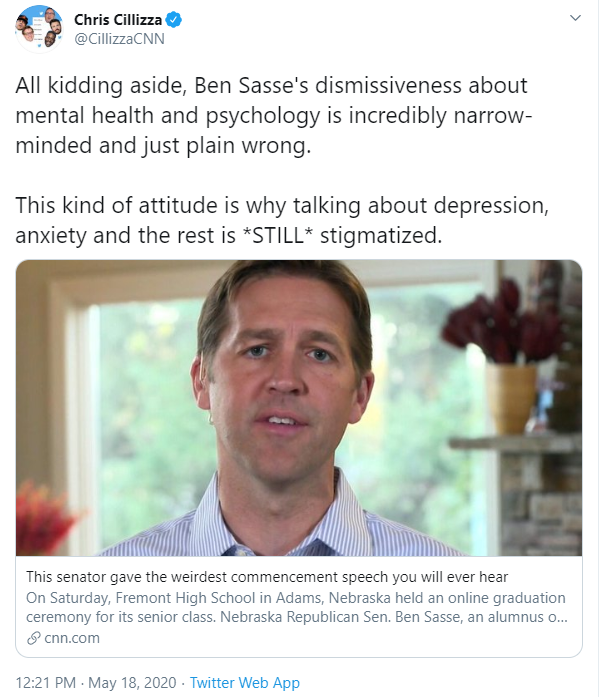 The commencement event was called “2020 Online Graduation Celebration,” and it was streamed on the city of Fremont’s YouTube page for all of their public schools on Saturday.

According to the opinions expressed by the likes of CNN’s Chris Cillizza and Yahoo! -- and even the editorial staff of the Omaha World-Herald -- Senator Sasse is a racist tone-deaf idiot who can’t tell a joke.

Cillizza, a political commentator for the liberal channel, described the speech as “strange and weird,” especially when the senator joked about “a whole bunch of people who make a whole bunch of money by just trying to help other people forget high school.”

This kind of attitude is why talking about depression, anxiety and the rest is *STILL* stigmatized.

Meanwhile, a writer for the Yahoo!Life website called Sasse’s talk “an unnecessarily racist speech” because he blamed China for the coronavirus pandemic and called the Chinese leaders who were not transparent about the outbreak “thugs.”

As if that wasn’t bizarre enough, the editorial staff with the Omaha World-Herald newspaper also expressed concern about mental health professionals:

First, his mockery of psychologists ... risks undercutting school counselors and their important contributions to Nebraska.

Those professionals are on the front lines in helping young people address mental health needs, and it is simply inappropriate for a leader to say anything that might discourage teens from seeking help.

Here's what the AP said:

U.S. Sen. Ben Sasse’s attempt at humor during a speech at a Nebraska high school’s online commencement — which included jokes about students’ fitness and psychologists and also blamed China for the coronavirus outbreak — drew strong criticism.

The Republican senator’s speech on Saturday was panned by a Fremont High School board member and his Democratic opponent in the November election. Sasse’s spokesman, James Wegmann, told the Omaha World-Herald Sunday the senator was joking during the graduation speech.

Sasse’s spokesman, James Wegmann, criticized Nebraska Democrats for trying to raise funds off Sasse’s speech while stating the concept that graduates “are too fragile to hear the truth is silly.” Wegmann also slammed the people with “an axe to grind against conservatives” … as “humorless scolds.”