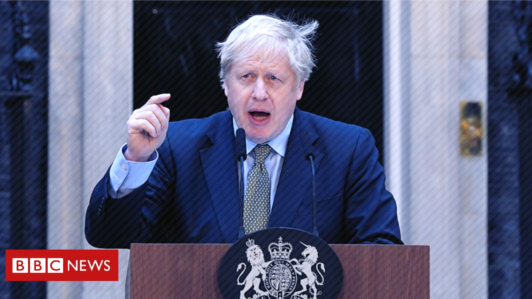 Liberal media bias doesn’t just exist in the United States. Newly reelected British Prime Minister Boris Johnson isn’t going to sit by and just endure the far-left spin of the BBC. Johnson has criticized the BBC’s flagship Today program for unfair reporting as he withdrew several government officials from the radio show, which in return slammed his claims as being “trumped up.”

In an article posted on Saturday, December 14, by Glen Owen, the political editor for the British Daily Mail newspaper stated that Johnson is “furious” at the channel for concentrating on a four-year-old boy with suspected pneumonia who was forced to sleep on a hospital floor instead of his electoral victory.

The confrontation got worse when interviewer Andrew Neil hammered Johnson during an “on-air monologue” since the politician wouldn’t agree to be interviewed by him “after Johnson was swept  … to victory on a tide of support” for Brexit, the withdrawal of the nation out of the European Union.

Our aim throughout the election was to be on the side of the audience, who came to us in their millions, and we delivered our most ambitious coverage whilst ensuring it was fair and proportionate over the course of the campaign.

We stand by our journalism. We'll continue to make our own editorial decisions and report without fear or favor.

Owen also described the clash as “a bitter stand-off” in which the prime minister considers raising the license fee for live color programming higher than the current annual rate of approximately $195.

In addition, Johnson quickly pulled 10 representatives from slated appearances on the Radio 4 series and stated that he intends to “withdraw engagement” from future broadcasts entirely. This development “comes as the new government is drawing up plans to decriminalize non-payment of the fee, paving the way for it to be replaced eventually by a Netflix-style subscription model,” Owen continued.

Dominic Cummings, a senior adviser for Johnson, “has long believed that the funding model for the corporation is outdated for the 21st Century broadcast world, which is increasingly dominated by subscription services.” Owen noted that Cummings is “also highly critical about the BBC's output and is particularly dismissive of the Today program -- which for decades set the daily news agenda through interviews with cabinet ministers.”

Cummings has told colleagues that he “never listens” to the show because it “is irrelevant” and “not a serious program anymore, so we are not going to engage with it.” In addition, the editor stated, officials in the government believe “the courts should be sentencing violent offenders, not middle-aged women who have not paid a broadcasting poll tax.”

It came as no surprise when the BBC angrily denied the allegations of bias, and the executives described the claims as “trumped up” and part of an “agenda to use the new Tory majority to break the corporation’s independence.”