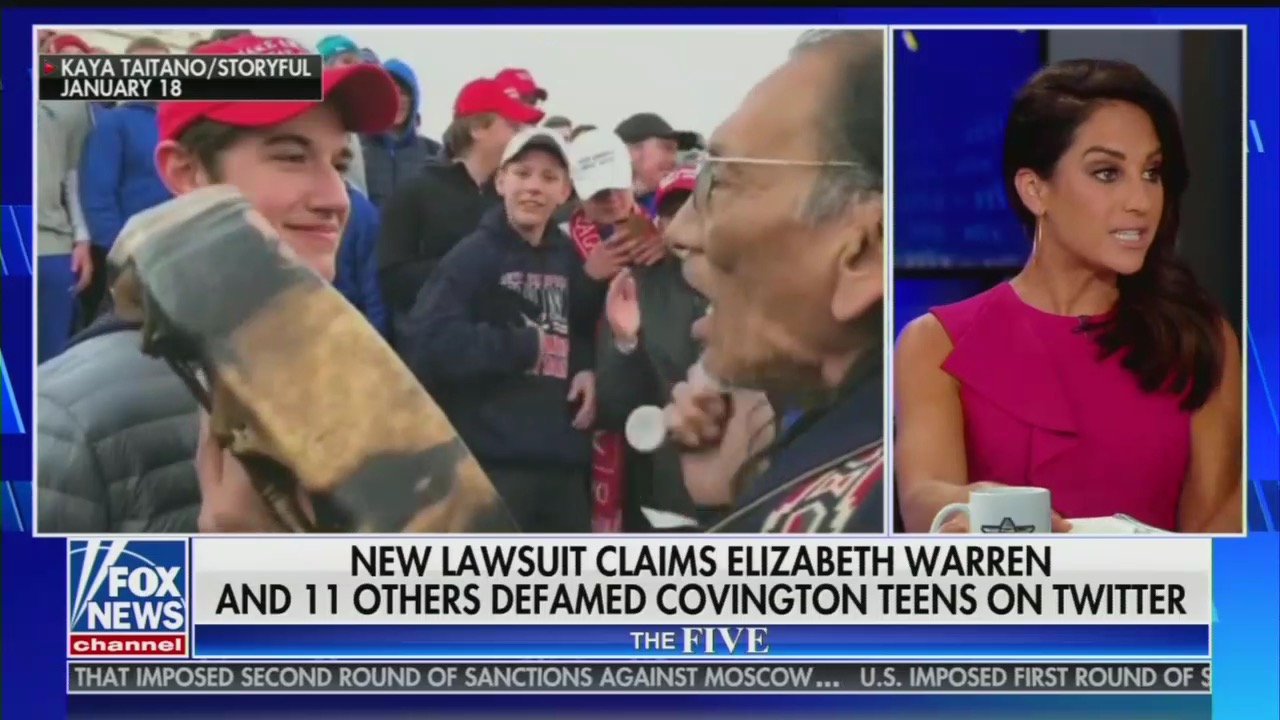 The twisted tale of the students from Covington Catholic High School in Kentucky who encountered Native American activist Nathan Phillips back on January 19 took another turn on Thursday, when lawyers for the teenagers involved in the incident filed a defamation lawsuit in Kenton County Circuit Court against 12 of the “most egregious high-profile individuals.”

The filing came just a few days after a federal judge dismissed a lawsuit on behalf of student Nick Sandmann that could have resulted in the Kentucky teen being awarded $250 million for defamation of character by the Washington Post.

Robert Barnes and Kevin Murphy, the attorneys who launched the new lawsuit, stated: “A field trip to our nation’s capital for a group of minors from Covington, Kentucky, turned into a social media nightmare that changed their futures forever.”

Sandmann and other students had attended the March for Life rally in Washington, D.C., while many wore red “Make America Great Again” hats when the 65-year-old man approached them, banging a drum right in the student’s face.

“No individual plaintiff seeks damages from any defendant in excess of the cost of a four-year tuition at the University of Kentucky,” the document stated. “Plaintiffs file this complaint for neither fame nor fortune; they bring this suit to protect future families from experiencing the nightmare the defendants caused these kids to experience.”

In addition, the suit declared:

Several of our Senators, most-famous celebrities and widely read journalists collectively used their large social media platforms, perceived higher credibility and public followings to lie and libel minors they never met based on an event they never witnessed.

The defendants circulated false statements about them to millions of people around the world. The video of the entire event, known to the defendants, exposed all of their factual claims against the kids as lies.

Of course, the defendants were “each individually offered the opportunity to correct, delete and/or apologize for their false statements, but each refused, continuing to circulate the false statements about these children to this very day on their social media platforms they personally control,” the lawsuit added.

That lawsuit drew a quick response from the New York Times, which released a statement noting: “Ms. Haberman has not yet been served with this complaint. The lawsuit is entirely without merit, and we will vigorously defend it if necessary.”

The lawyer said that although “most retracted, deleted and corrected their statements, a few refused long after afforded a chance to do so.”