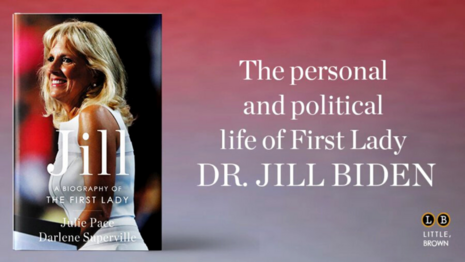 Several paragraphs into a Politico story about how a "boring" Biden administration has acted as a "journalistic sedative" following the rollicking Trump years, Max Tani delivered a stunning revelation that could easily make for a story in itself. The book "Jill: A Biography of the First Lady," by AP Executive Editor Julie Pace and White House reporter Darlene Superville, sold only 250 copies in its first week.

Gone are the Tweets that sent newsrooms scrambling. So long to the five alarm Friday news dumps that had editors frantically rearranging weekend plans. Bye-bye to the massive TV budgets for White House specials and the firehose of publishing deals for books about the administration.

NPD BookScan, which tracks book sales in the U.S., said that prominent books about Trump released in his first two years of office outsold Biden books during his first year and a half by, what an official there said was, “essentially 10:1.” A newly released biography about Jill Biden, by two well-respected Associated Press journalists, sold just 250 units in its first week, according to the company.

You could suggest this is proof the Bidens are deeply unpopular. Then there's TV appearances. Pace appeared on one CNN interview on the morning of April 19. That also sounded like a "journalistic sedative." Pace had nothing new to say. Jill rallied the family after Joe's son Beau died. Jill is an important political adviser who thought Joe should run for president. Yawwwwn.

Or you could suggest Democrat book buyers just aren't as fascinated by the Bidens as they were by the Obamas. But in reality, Democrat book buyers are still fascinated by Trump. CNN and MSNBC and the rest cannot stop talking about the anti-Trump book by two New York Times reporters, (the one where Jill didn't want Kamala Harris on Joe's ticket). There were a pile of anti-Trump "tell-alls" in Trump's first year and a half, and that's still what's selling.

Another indication that the public is shunning this book in droves is that on Amazon, there was only on, count 'em, ONE reader review of the biography. It's not like this book did not receive glowing reviews in the media such as this AP puff piece:

In this deeply reported biography, Julie Pace and Darlene Superville of The Associated Press, along with writer Evelyn M. Duffy, reveal some of the private sides of Jill Biden. We come to better understand her personality, which has held the Biden family together through tragedy and good fortune alike.

"A fond portrait of a woman anyone would want as a friend.”―Kirkus Reviews

Yet despite the saccharine reviews and media hype we are left with the laughable (and amazing) fact that only 250 copies of the book sold in the first week after publication. One piece of good news is that in these inflationary times we will probably soon see a big price drop for the book from the current hardcover cost of $26.10 discounted down to the bargain bin sale at your local Dollar Store.