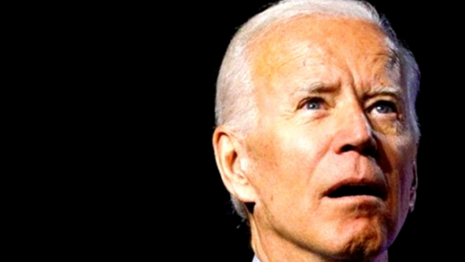 Imagine a presidential candidate taking an absurdly large number of days off right when the post-Labor Day campaign kicks off? Would that not be big news? Well, you don't have to imagine this strange scenario very hard because it is actually happening.

The Joe Biden campaign announced that last Tuesday, the first day after Labor Day, would be a 'lid" day meaning Biden would not only not be campaigning but he wouldn't be taking any questions from reporters.

This was followed by another day off the campaign trail on Thursday for Biden which is not to be confused by his Saturday 'lid" day which will be repeated on Sunday and, as of this writing, will be continued on Monday. The next campaign stop for Biden on the record is an appearance at an as yet unknown location in Florida on Tuesday.

Even more bizarre than all these "lid" day non-events for Biden when his campaign should already be in high gear is the remarkable lack of curiosity displayed by Politico, which is supposed to be devoted to in-depth political coverage, about Biden's strange absence from the campaign trail. It's easy to suspect that the Biden press corps is willing to help drag Joe across the finish line, lobbing "shamefully embarrassing" softballs at press events and raising no objections to hiding from the press (and the voters).

In fact, all that Politico could muster in the way of "lid" day coverage are a few very brief notes buried deep, deep, deep in their Politico Playbook observations. The first of these almost hidden notations came on the first day after Labor Day on September 8 with this buried observation (highlights by Politico):

56 DAYS BEFORE ELECTION DAY … The BIDEN CAMPAIGN called a lid at 8:10 a.m., per JAZMINE ULLOA of The Boston Globe, today’s pooler in Wilmington.

This was followed by an another brief note on Saturday about yet another 'lid' day:

A LID has been called in Wilmington, meaning JOE BIDEN is not expected to have any public events today, per pooler MAUREEN GROPPE of USA Today.

On Sunday, the Politico Playbook skipped the "lid" term but described the same no campaign situation in a quick note buried as deeply as the previous two:

JOE BIDEN has nothing on his public schedule. WSJ’S SABRINA SIDDIQUI -- today’s pooler -- reported BIDEN is going to church.

Exit question: Which is more bizarre: a major candidate for president going missing so frequently during a critical period of the campaign or a periodical, supposedly devoted to the intricacies of politics, only briefly noting that astounding development with laughably brief citations buried deep within its stories?