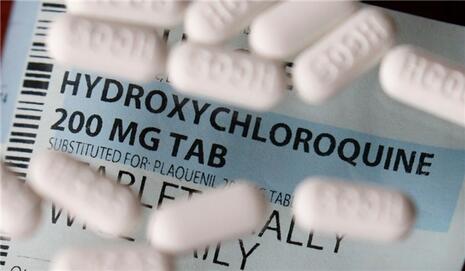 Something strange seems to be going on with Newsweek. Although few are still aware it even exists and even fewer actually read it, they sometimes publish stories that diverge drastically from its usual liberal orthodoxy. Perhaps they are willing to sometimes commit such heresy simply to draw attention. And in the case of their op-ed column by a Yale professor of epidemiology on Thursday, they sure got the attention of anyone reading it since it utterly shattered the media taboo against hydroxychloroquine as a treatment for COVID-19.

The liberals say we "must listen to the experts" and it is hard to find someone with more expertise on the subject of the control of diseases than Harvey A. Risch, MD, PHD, Professor of Epidemiology at the Yale School of Public Health who wrote "The Key to Defeating COVID-19 Already Exists. We Need to Start Using It."

As professor of epidemiology at Yale School of Public Health, I have authored over 300 peer-reviewed publications and currently hold senior positions on the editorial boards of several leading journals. I am usually accustomed to advocating for positions within the mainstream of medicine, so have been flummoxed to find that, in the midst of a crisis, I am fighting for a treatment that the data fully support but which, for reasons having nothing to do with a correct understanding of the science, has been pushed to the sidelines. As a result, tens of thousands of patients with COVID-19 are dying unnecessarily. Fortunately, the situation can be reversed easily and quickly.

Hmmm... And which COVID-19 treatment has been roundly castigated on a regular basis by much of the media?

I am referring, of course, to the medication hydroxychloroquine. When this inexpensive oral medication is given very early in the course of illness, before the virus has had time to multiply beyond control, it has shown to be highly effective, especially when given in combination with the antibiotics azithromycin or doxycycline and the nutritional supplement zinc.

Hydroxychloroquine which has absurdly become a taboo treatment among the liberal element primarily because the Orange Man said good things about it. Why did politics take over?

First, as all know, the medication has become highly politicized. For many, it is viewed as a marker of political identity, on both sides of the political spectrum. Nobody needs me to remind them that this is not how medicine should proceed. We must judge this medication strictly on the science. When doctors graduate from medical school, they formally promise to make the health and life of the patient their first consideration, without biases of race, religion, nationality, social standing—or political affiliation. Lives must come first.

Second, the drug has not been used properly in many studies. Hydroxychloroquine has shown major success when used early in high-risk people but, as one would expect for an antiviral, much less success when used late in the disease course. Even so, it has demonstrated significant benefit in large hospital studies in Michigan and New York City when started within the first 24 to 48 hours after admission.

And now the powerful conclusion by Dr. Risch about the insanity of our ridiculously politicized era:

In the future, I believe this misbegotten episode regarding hydroxychloroquine will be studied by sociologists of medicine as a classic example of how extra-scientific factors overrode clear-cut medical evidence. But for now, reality demands a clear, scientific eye on the evidence and where it points. For the sake of high-risk patients, for the sake of our parents and grandparents, for the sake of the unemployed, for our economy and for our polity, especially those disproportionally affected, we must start treating immediately.

Wow! It's surprising that Newsweek hasn't been condemned by the usual suspects for publishing this but that might be more of a function that almost nobody is even aware that periodical still exists. Hopefully Newsweek won't end up like the New York Times and perform a pathetic mea culpa for daring to publish an opinion piece that challenges the doctrinaire liberal hive.