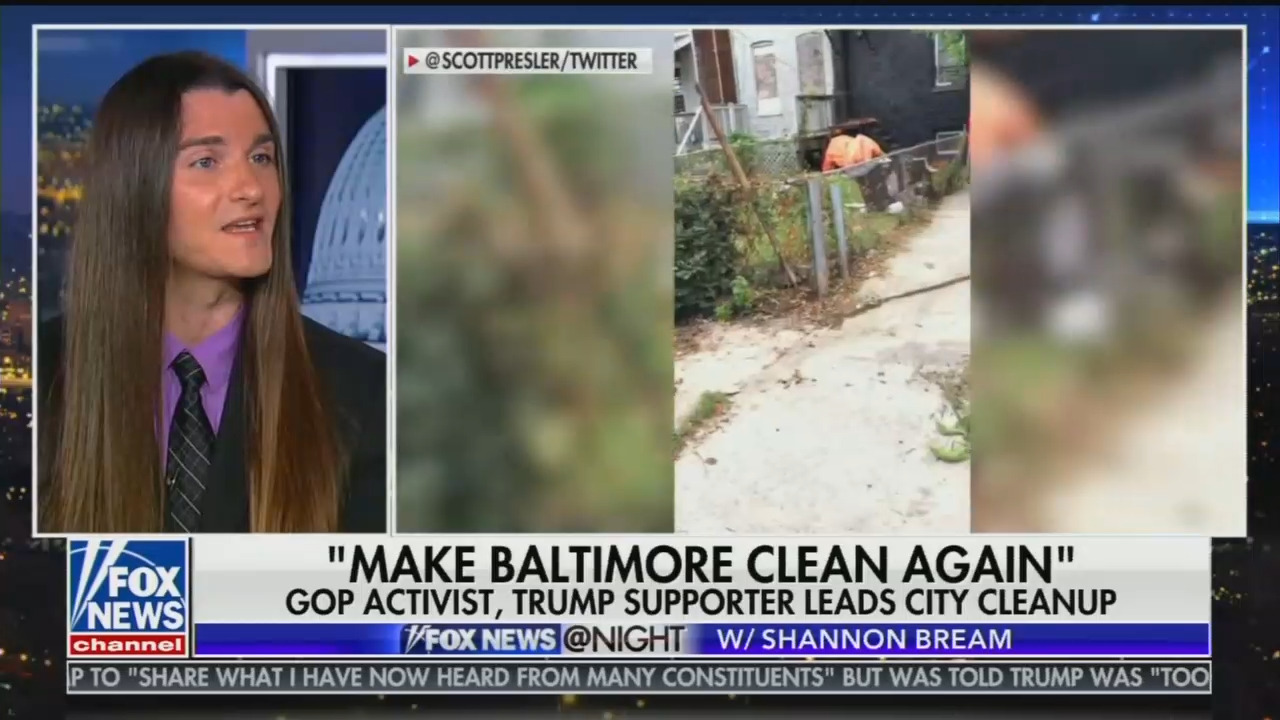 You would think the Baltimore Sun would hail a big cleanup effort in their city. However, because the Sun perceived a recent cleanup in Baltimore as being supportive of President Donald Trump, they published an editorial chock full of snark mocking the effort.

You can get an idea where the Sun editorial was heading just from reading its title: "We assume it was pure motives that led a Trump supporter to launch a cleanup in Cummings’ district, right?"

So instead of praising a much needed cleanup, the Baltimore Sun thought it was imperative to mock it right from the start of their editorial and be prepared to enter snark hyperdrive (click "expand"):

It made for good photos, compelling videos and catchy Twitter hashtags. A group of conservatives rolled their pickup trucks into one of West Baltimore’s most impoverished neighborhoods Monday for a cleanup day. Loaded down with trash bags and shovels, they cleared alleyways of old tires, food containers, paper and other debris. They pulled up weeds and cut away overgrown grass. The group posted before and after pictures on social media showing their progress.

The effort was organized by pro-Trump activist Scott Presler. He claimed the event was not political. Yes, he was inspired to come by tweets from President Donald Trump describing the area, represented by U.S. Rep. Elijah Cummings, as a “rodent infested mess.” But the visit wasn’t about showing support or animosity for either man, he said.

How about if we call you snarky when you should be thankful for the cleanup?

Look, we appreciate anyone who is willing to roll up their sleeves to help Baltimore. More than 170 people came from all over the country and cleaned up nearly 12 tons of trash, according to Mr. Presler’s Twitter feed. He doesn’t post any photos of the totality of the trash, so we’ll have to take his word for it.

Are you implying he faked it? It continued:

Then there’s the photo of a Washington Post front page from the day that President Barack Obama was first elected. Mr. Presler tweeted that volunteers found the strikingly un-yellowed, decade-old newspaper among the trash. “Obama Makes History. U.S. decisively elects first black president," the headline reads on the page. “It’s been 11 years,” Mr. Presler tweeted in what reads as a not-so-subtle critique of how much good Mr. Obama did for Baltimore.

Are you implying he planted that newspaper? It went on:

Whatever he says his motives were, Mr. Presler’s presence in Baltimore reinforces the tired image of our failing urban cores. That the poor people in this dilapidated city can’t take care of their own neighborhoods and all the public officials around them have failed as well. The bureaucratic, all-talk Democrats strike again. If a crowd of volunteers could clean up 12 tons of trash in 12 hours, how incompetent and helpless must Baltimoreans be if they can’t manage it in decades, right?

Um... It's not a tired image. It's a sad reality. Oh, and why hasn't the Baltimore Sun organized such a cleanup? If they did, no need for folks whose motives you question to show up and do it:

We also hope Mr. Presler keeps his promise to return to Baltimore once a month. It would definitely give his motives more credibility. It might also give him better perspective about the city’s problems than any single visit can provide. Maybe it could even lead him and his followers to advocate for federal housing, health care, transportation, education, criminal justice, civil rights and anti-poverty policies aimed at urban communities.

So for the Baltimore Sun, the main reason Presler should return is so that he could promote big spending liberal policies that haven't worked in the past.