Politico: 'Will SNL Take Down Trump?' 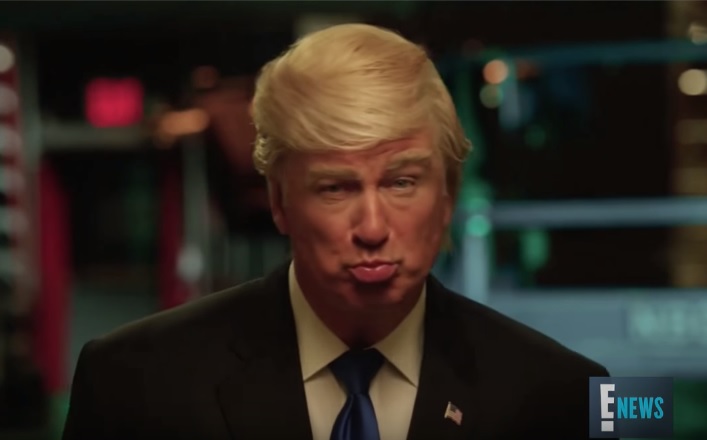 Do you know what the real purpose of NBC's Saturday Night Live is? If you thought comedy, you would be wrong according to Politico. No, the main purpose of SNL is to act in a completely partisan manner in order to TAKE DOWN TRUMP. Got that?

As Politico on Thursday makes clear, Saturday Night Live will be going after Donald Trump leading into the election starting with this weekend's episode. To make sure of this, politically unhinged Alec Baldwin will be portraying Trump. Perhaps Darrell Hammond is not partisan enough and plays it for that old fashioned thing called laughs. Politico takes us down the road of flat out partisanship in Will 'Saturday Night Live' take down Trump?

While Donald Trump and Hillary Clinton argue over who won Monday night’s debate, inside 30 Rockefeller Plaza, the winner in the all-important satirical showdown is still being scripted.

That’s where the cast and crew of “Saturday Night Live” gathered Monday night to watch the debate. And it’s where they’re still sketching out portrayals that will shape how Americans see their presidential candidates.

SNL, which timed the launch of its 42nd season for the weekend after the first Clinton-Trump clash, made one big reveal Wednesday: Actor Alec Baldwin will debut as Trump. But heading into Saturday, the biggest drama is how Baldwin and SNL will parody the GOP nominee: Will they mock his sniffles? His hair? His orange hue? His gesticulations? His supposed microphone malfunction? Or do they cast him in more ominous terms: as a racist hate-monger?

Some comedians are pressing for the latter.

Of course, no discussion of how they are going to take down Hillary. Never even entered their minds.

Dean Obeidallah, who worked on the production staff of SNL for eight years and now has a radio show on SiriusXM, said late-night comedians “have a moral obligation” to highlight the darker elements of Trump’s candidacy. “Donald Trump is not a normal candidate. This is not Mitt Romney, not John McCain. This is a man who has trafficked in racism, sexism and bigotry,” Obeidallah said.

“Eighty million people watched the debate, 130 million people will vote, 50 million others are still looking for places to get their news, and comedy can fill that gap,” Obeidallah added. “Maybe it’s going to take comedians to do the job that cable news has relinquished for so much of the campaign.”

It sure sounds like Obeidallah has some anger management issues. Oh, and is it even the job of cable news to TAKE DOWN TRUMP? Also not the job of comedy shows which are supposed to elicit laughs, not bring votes for Hillary.

Sadly this attitude of open partisanship on the part of SNL seems to have penetrated the very top of their production:

Lorne Michaels, the creator and executive producer of SNL, told Parade this week that “fundamentally we’re non-partisan,“ but there are growing pressures inside the satire world to wage a comedic war on Trump in the election’s final weeks.

Yeah, some "non-partisan." Waging "comedic war on Trump in the election's final weeks."

Exit question: Will the SNL crew be wearing their "I'm With Her" buttons on the air?