It isn't completely official yet but when an employee has been removed from a company's list of staff bios, is publicly badmouthing his bosses, and is threatening to sue his employer, it is almost a sure sign that he has in fact been fired. Such is the case with lethargic labor reporter Mike Elk who has apparently (probably) been fired by Politico. New York Magazine lends Elk a sympathetic ear yet he still comes off as a rather nasty piece of work:

From the beginning, Mike Elk was a curious choice for Politico. For all of its new-media velocity, the Beltway Bible is still very much a classic newsroom culture, where reporters and editors practice the old journalistic convention of not expressing opinions about the topics they cover. Elk, who was previously a labor reporter for the progressive mag In These Times and was hired to help launch Politico's labor coverage, was different: a union man who made no bones about the fact that he wanted the newsroom to organize.

...Now, as the Huffington Post and other outlets have reported, Elk appears to have been fired — his work email bounces back, and his bio page appears to have been deleted. When I caught up with him, Elk wouldn’t confirm that he was fired, alluding to a “process” he is going through with the company and the help of a union rep. I asked him about the effort to organize at Politico and what comes next.

Stand by for a recitation of the Bellyacher's Manifesto: 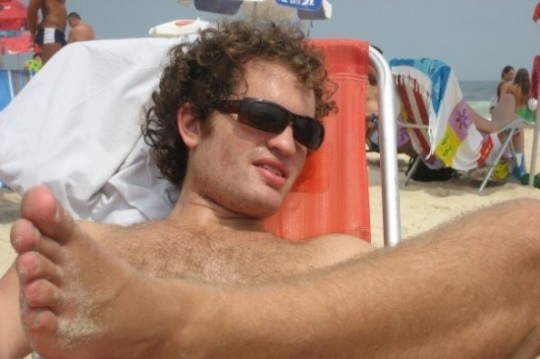 So, what’s going on with you and Politico? Do you no longer work there?
Marty Kady, the editor of Politico Pro, called me while I was on vacation and started to have a phone conversation with me that appeared adversarial. I informed Marty that under federal labor law that I had Weingarten rights and the right to have my union rep present if I felt the conversation could result in discipline or termination. I'm on vacation — the union is handling all further stuff on this, as I am just trying to relax. As a PTSD survivor, I have the right to medical privacy, and I'm not going to comment on it at this time as we go through this process. I'm really glad to be a member of the Washington-Baltimore Newspaper Guild to handle these kinds of stressful situations. I feel really strongly that the story really isn't about me, the story is about why digital-media workers are trying to organize across the industry.

As expected Elk is already lawyering up to demand his "rights" about being terminated from his permanent paid vacation. Let us now watch the whiner on steroids badmouthing his probably former bosses:

Where do you think your efforts fell short?
...Unfortunately, the anti-union forces in the newsroom have tried to make the union drive all about me when it's not about me at all. I really think that Susan Glasser and Jim VandeHei should follow the lead of other digital-media leaders and encourage workers at their outlets to talk freely about the union drive. I think the attitude that Susan and Jim have taken regarding the union drive has had a real chilling effect that has prevented other people in the newsroom from speaking up.

Susan Glasser is the newsroom editor of Politico and Jim VandeHei is the president and CEO. Elk now delivers an encore performance of classless whining about his (most likely former) bosses:

You think the union efforts were why you didn’t write for six months?
You have to ask Tim Noah. I wrote over a dozen stories that weren’t published. You can talk to him about it. It was Tim’s call, not mine. I can’t answer for him, but I find it interesting that Tim Noah, being this supposedly pro-union guy, has not said a word about this. And it’s also interesting that Susan Glasser, coming from a UAW family, hasn't said a word. The CEO of BuzzFeed gave a speech to employees [about unionization] — why can't Jim VandeHei? Why is he hiding from the union? In eight months, why can’t he comment?

[Ed. note: I reached out to the editors Elk mentions for comment. His superiors at Politico won't say anything on the record, but some of his colleagues have a different explanation for his troubles at work: They say he was always far more focused on forming a union than on doing his job, and they also question the idea that he was intimidated by editors in the newsroom.]

And if you think this is the extent of Mike Elk's nastiness, it is about to get even nastier as some European union is being enlisted to come to the aid of the permanent vacationer:

The European Federation of Journalists, an organization that represents over 32,000 journalists across Europe, has issued a stern letter to Politico President and CEO Jim VandeHei. The group is upset about “reports” that Politico may be hiring journalists to cover Europe who are based in the “right-to-work” state of Virginia.

The letter from Ricardo Gutierrez, General Secretary of the EFJ, also states that the group is upset to learn that Politico has fired Elk, who insists he’s on a pre-planned vacation.

Although it isn't quite official yet, I think we can pretty well assume that Elk has been/will be fired. The big question is will Politico fire the person who hired Mike Elk since all this chip on the shoulder, sense of entitlement grief was entirely predictable.

UPDATE: It's now official as can be seen in this Politico statement at the Huffington Post: “Mike Elk no longer works at POLITICO,” the statement read. “As a long-standing company policy, we do not and will not comment on the specifics of personnel matters. We can say that Mike Elk’s recent departure has nothing to do with his union activities. POLITICO employees have been, and continue to be, free to engage in or refrain from union activities.”