For months and months, ABC’s The View has struggled to find a suitable squish to fill the “conservative seat” after it was vacated by Meghan McCain, who would get into fierce fights with the radical liberal cast as she defended conservative principles. But according to the New York Post, they are apparently close to making a decision and the signs for who they’re likely to pick are already on the wall if you know what to look for.

With The View’s “historic season 25” ending on August 5, The Post’s May K. Jacob reports that they should be ready to announce the hire before that date. A source told the paper “You are starting to see familiar faces over and over,” and “If you watch the show, you can see people who are coming back regularly to join the co-hosts at the table.” 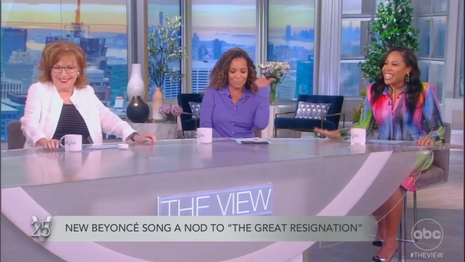 Also making appearances is Daily Blast Live host Lindsey Granger who has gotten into heated augments with the likes of View co-Host Sunny Hostin as she vigorously defended conservatism. In one confrontation, Hostin described black conservatives like Granger as “oxymorons” who don’t vote in their best interest. The cast calling black Republicans race traitors has become a not uncommon occurrence.

This strong willingness to actually defend conservativism is obviously not what they’re looking for because The Post reports that their source is “hinting that Farrah [sic] is likely to be the frontrunner.”

“Note: In the two long, long-winded months since McCain’s exit, Griffin has been a mainstay every month — and even made an extended appearance in June. No other guest host racked up that tally this season,” Jacob writes.

Eager to please and be the punching bag for the Hollywood liberal cast that will never really accept her, Farah is the obvious choice when examining her performance. 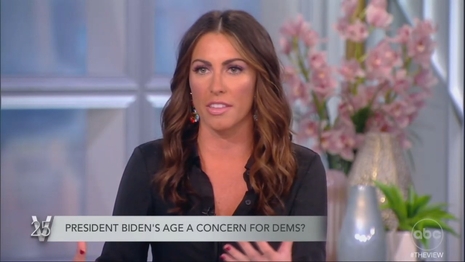 In a mid-June appearance, Griffin, who claims to be a Republican still, was itching to know which Democrat candidate the show would support in 2024. “I’m curious. Like who are the Dems going to run? Where is like the Obama energy that we could bring?” she wondered aloud. She did catch herself and added: “That you guys could bring.”

And the very next day, Farah was forced to walk back talk of the apparent red wave coming in the 2022 midterm elections with co-host Whoopi Goldberg seemingly suggesting such talk was designed to suppress Democratic voter turnout:

GOLDBERG: Let's wait and see what the people vote. I understand what you are saying, but let's remind people it's up to them to make this decision. But in your—

GRIFFIN: Yes. Exactly. It's up to the voters…

The Post also notes how cast members such as Joy Behar had made being on the show miserable for conservatives like McCain with behinds-the-scenes drama spilling over into on-screen animosity. This is already apparent with Griffin as Behar waited until she was gone later that week and described her and Grisham as “recovering addicts.”

And Griffin has been roundly criticized for the self-flagellation she’s undergone in an attempt to receive praise from the radical leftist co-hosts. Former Trump advisor Kellyanne Conway once confronted her on the show and declared: “we're supposed to think that you've seen the light and not just see your name in lights.”