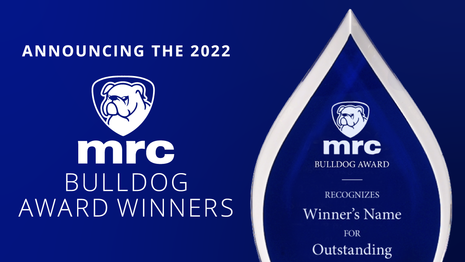 With our first annual Bulldog Awards in six categories, the Media Research Center is honoring conservatives in the media who truly deserve accolades yet will never receive them from the media establishment.

The six winners of the MRC’s 2022 Bulldog Awards, as determined by the senior staff of the MRC who assessed recommended submissions from the readers of NewsBusters and supporters of the Media Research Center: Mark Levin, Dan Bongino, Miranda Devine, Luke Rosiak, Stephen Gutowski and Drew Holden.

Left-wing journalists are regularly honored for their liberal advocacy with awards throughout the year. On Monday, the biggest journalism awards, the Pulitzer Prizes, were announced. Inevitably, they honored left-wing journalists who pushed the liberal agenda. (The Washington Post won “for its compellingly told and vividly presented account of the assault on Washington on January 6, 2021” and the Houston Chronicle earned a prize for how they “revealed voter suppression tactics, rejected the myth of widespread voter fraud and argued for sensible voting reforms.”)

In announcing the winners of the Bulldog Awards, Media Research Center President Brent Bozell explained: “Today’s MRC Bulldog Award recipients have been selected after careful consideration. Their impactful work is trusted and respected by Americans nationwide, unlike the work of the left-wing operatives that call themselves ‘journalists.’ As the liberal media celebrate themselves with Pulitzers, we wanted to shine a light on the real truth-tellers who are greatly dedicated to informing the American public on stories the legacy media ignores. Congratulations to this year’s winners!”

Details on the six winners of the MRC’s 2022 Bulldog Awards: 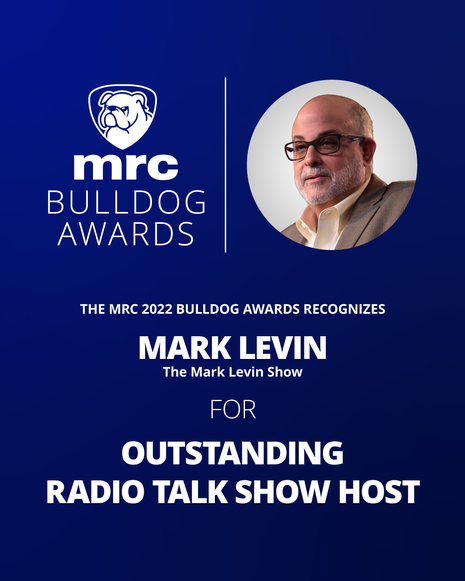 The most popular evening radio talk show host, Mark Levin elevates the knowledge of his audience with nightly lessons on the proper limited role of government as well as excesses of liberalism and how the left is destroying our great country. He populates his show with brilliant takedowns of left-wing utterances in the media as he cites specifics from the Constitution so his listeners learn something new every night that ties conservative policies to historic principles.

He also brings his knowledge to TV with a weekly show on the Fox News Channel and has written a series of best-selling, influential books, such as Unfreedom of the Press, Liberty and Tyranny: A Conservative Manifesto and his latest, American Marxism, which topped 1.2 million in sales across print, e-book and audiobook sales. It held the number one spot on the New York Times best-seller list for ten weeks in 2021 and was his seventh book to reach the number-one seller spot on the list, an accomplishment all the more impressive given how the establishment press ignores his books. 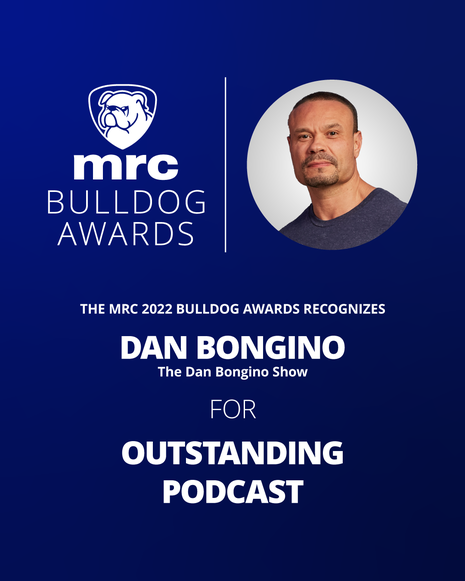 In a few years Dan Bongino transformed himself from a NYPD officer and Secret Service agent into a major, influential conservative voice on national cable TV and radio. His rise was fueled by his mastery of the podcast format to produce a compelling daily product with an impassioned conservative perspective on the news which attracted followers eager to hear his latest take on the news of the day.

His fierce approach holds liberals to account as he espouses a solid conservative interpretation of what is right and wrong in Washington DC, Hollywood and the vitriol espoused by both toward supporters of former President Donald Trump. He is particularly adept at taking on the hypocrisies and censorship actions of Big Tech. While he now has a three-hour daily radio talk show in the timeslot formerly held by the late Rush Limbaugh, he continues to produce a compelling hour-long weekday podcast. 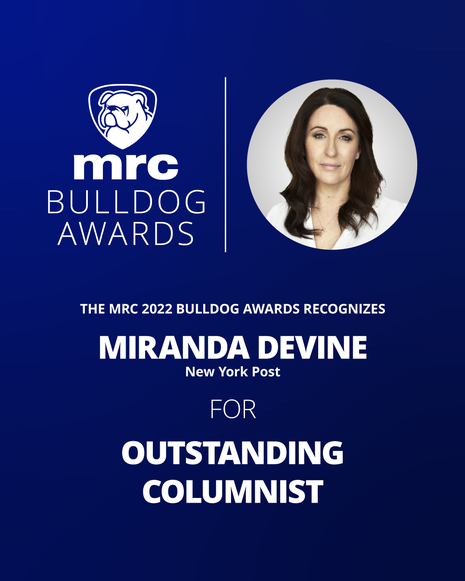 A New York Post and Daily Telegraph columnist and Fox News contributor, Miranda Devine has established herself as one of America’s most-trusted commentators on U.S. and foreign policy, especially on China, the coronavirus pandemic’s impact on individual rights, liberal hypocrisy, and, most notably, Hunter Biden’s life of corruption.

Devine is the best-selling author of The Laptop From Hell: Hunter Biden, Big Tech, and the Dirty Secrets the President Tried to Hide, which chronicled the laptop’s contents and its saga from the initial story penned by colleagues in October 2020 through the rampant censorship of the story to its impact on the election and beyond.

Devine has shown a deftness in using her Post column to break news on e-mails from Hunter’s laptop, such as one about Hunter having “sought a forever deal with China military-tied firm,” and another that he introduced his father to his “shady business partners” from Eastern Europe. 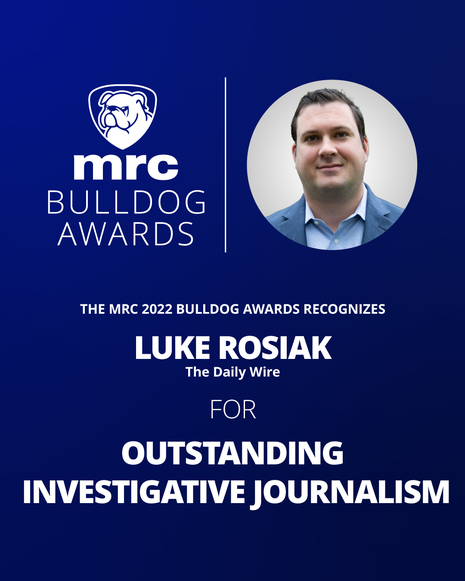 A Daily Wire investigative reporter after having served in the same role with the Daily Caller, Luke Rosiak is the person singularly responsible for blowing the whistle on the sexual assaults in Loudoun County (Virginia) Public Schools and the subsequent attempts to cover them up by the far-left administration and school board.

On October 12, 2021, Rosiak published “Loudoun County Schools Tried To Conceal Sexual Assault Against Daughter In Bathroom, Father Says.” It redefined the Virginia gubernatorial and attorney general campaigns. Rosiak had multiple follow-ups, including one two days later that said the school district hadn’t followed proper reporting procedures for years and another showing a Terry McAuliffe-linked firm was fighting back against one of the accusers.

The author of Race to the Bottom: Uncovering the Secret Forces Destroying Public Education, he’s been praised by Ben Shapiro, who called him “an absolutely indispensable reporter” as well as by Mark Levin, who’s said his book is a necessary read for anyone who “want[s] to preserve a good life for your kids -- and yourself.” 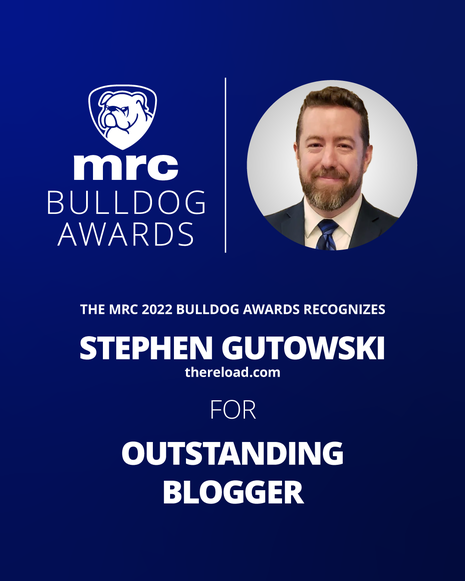 Stephen Gutowski is the founder of The Reload, which launched in 2021 promising “sober, serious firearms reporting and analysis” about firearms, the firearms industry, and the Second Amendment from the pro-gun rights perspective.

He has done great work to educate the public and protect the Second Amendment. In August 2021, his reporting was cited by Senator Chuck Grassley as integral in the sinking of President Biden’s nomination of David Chipman, an anti-gun extremist, to be the head of the ATF. He broke a story on how NBC possibly broke federal law by buying an incomplete “ghost gun” and had a third party finish the construction. The Second Amendment Foundation presented him with its 2021 Journalist of the Year award.

Because of his history as a gun-safety instructor and his journalistic temperament, Gutowski is widely considered a trusted voice from the pro-gun side across the board. It even scored him a spot on the cover of Time magazine and appearances on CNBC, Entertainment Tonight, Fox News, and C-SPAN. 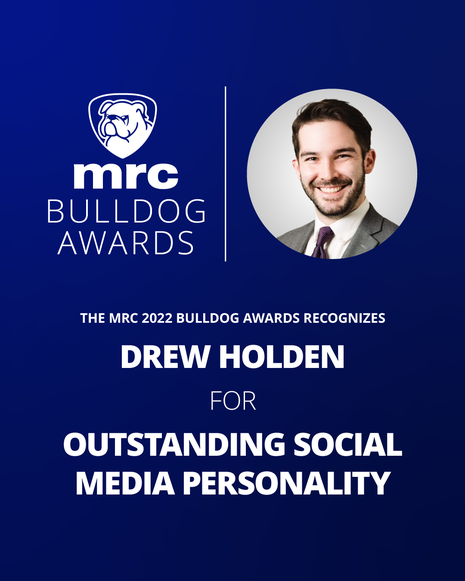 A media reporter with the Washington Free Beacon after stops on Capitol Hill and in the world of campaign strategy, Drew Holden is best-known for having accumulated over 155,000 Twitter followers for his tweets which “spread receipts” by using his archival mind to showcase the many hypocrisies of the journalists and politicians, contrasting their takes today with what they said previously.

Over the past few years, he’s exposed liberal hypocrisy on issues ranging from the double standard on female Supreme Court nominees to the Covid lab leak theory to presidential fitness. Relying on tweets from accounts belonging to liberal journalists, pundits, and news outlets, Holden has earned respect across the political spectrum for his command of how the media covered a past story compared to a current one and how often the facts run counter to the liberal media’s poisonous distortions.