The Media Research Center’s Brent Bozell appeared on Fox News’s Your World, Monday, to slam the media double standard in how journalists covered one grieving family who spoke out, but not another. Bozell highlighted an analysis by the MRC which found that Khizr Khan, who denounced Donald Trump at the Democratic convention, received 50 times more coverage than Pat Smith, a mother who condemned Hillary Clinton at the Republican convention. (Smith's son was killed in the Benghazi attack. Khan's son served in the Army and was killed in Iraq.)

The MRC President exclaimed, “For those keeping score at home, that's 50 times more coverage, a negative on Donald Trump than Hillary Clinton. How in the world can this be a press saying that is showing any modicum of fairness in this campaign?”

Speaking of Hillary Clinton’s answers to Mrs. Smith, Bozell reasoned, “You could say, ‘Brent, you're just 100 percent a right-wing nut.’ Fine. Shouldn't the press have an interest in this other than Fox?”

[For more on the disparity in coverage, go here.]

Transcript of the Your World segment is below:

PAT SMITH: She lied to me. She told me it was the fault of the video. I said, “Are you sure?” She said, “Yes, that's what it was. It was the video.” She knew full well it wasn't at that time. And then she said, “She was going to check and if it's any different she would call me back. She would let me know.” She has never once spoken to me or her office.

CHRIS WALLACE: I know some of the other families disagree with this and I know you deny it. My question is why would they make that up?

HILLARY CLINTON: Chris, my heart goes out to both of them. Losing a child under any circumstances, especially in this case, two State Department employees, extraordinary men, both of them, two CIA contractors gave their lives protecting our country, our values. I understand the grief and the incredible sense of loss that can motivate that. As other members of families who lost loved ones have said, “That's not what they heard.” I don't hold any ill feelings for someone who in that moment may not fully recall everything that was or wasn't said. 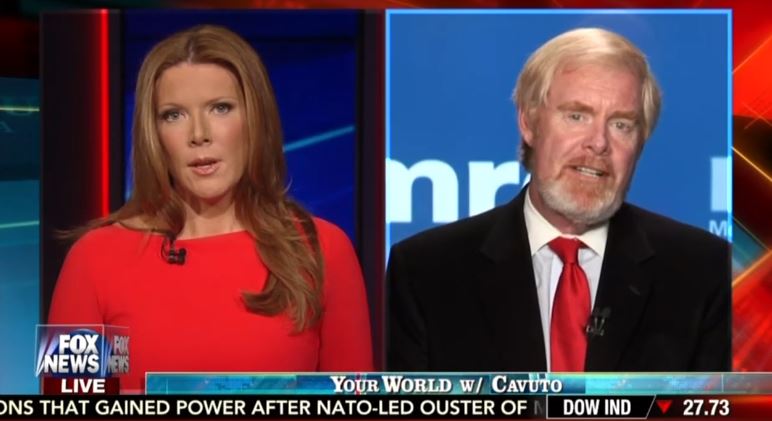 REGAN: Hmm. So, Hillary Clinton is suggesting that those Benghazi families, mothers like Patricia Smith, do not remember things clearly? Brent Bozell noticing the media hypocrisy in that nobody has been reporting on this. They've only been reporting on Donald Trump and the Khan family. Is it hypocrisy? Brent, explain.

BRENT BOZELL: Trish, it's incredible. Chris Wallace never asked her about her ill feelings. She answered about whether or not Pat Smith was lying, and somebody had — Hillary turned this about herself. Look at the media coverage. If this doesn’t tell you how biased the press is, nothing will. You had at the Republican convention convention, you had Pat Smith criticizing Hillary Clinton for her role in Benghazi. That garnered one minute and 10 seconds of coverage from the networks. Then at the Democratic Convention you had this fellow Khan attack —  his wife, a grieving family, attacking Donald Trump for this statement about Muslims. That has hard garnered over 55 minutes of coverage in two days. Now, for those keeping score at home, that's 50 times more coverage, a negative on Donald Trump than Hillary Clinton. How in the world can this be a press saying that is showing any modicum of fairness in this campaign?

REGAN: Well, I mean, I think it's been pretty proven over and over again that the press is not exactly in Donald Trump's camp, and for the most part tends to lean very far to the left. But it actually goes so far, it sounds though you’re saying, Brent, it colors what they’re actually doing on a daily basis.

BOZELL: Oh, it absolutely is. You had a bona fide interview with a bona fide journalist in Chris Wallace asking a very serious question, which everyone in the press should be asking. Is Pat Smith lying when she says that Hillary Clinton said this? Only Fox seems to be interested in asking the question, and the answer I thought she gave was so twisted, so contorted, and so deflective —

BOZELL: You would think every reporter would be asking that question today.

REGAN: But I think when it all gets boiled down she basically said, “Yeah, a lot of things were happening and I understand emotionally people might not be able to remember everything.” So, essentially that was kind of a fancy way of saying that, “Yeah, I think Patricia Smith is lying.”

BOZELL: I repeat, this was not about Hillary Clinton's feelings. This is what a mother of a man who died. Not about Hillary Clinton. And whether or not she harbors ill feelings, Chris Wallace never ask her that question and it's rather insulting to give that kind of answer. I think. Now, I could be dead wrong. You could say, “Brent, you're just 100 percent a right-wing nut.” Fine. Shouldn't the press have an interest in this other than Fox?

REGAN: What could Hillary Clinton do now, what should she do now to make things right with Patricia Smith?

BOZELL: I would sit down with her and have a one-on-one with no cameras no staff, with nothing, just sit down and talk to her, and hopefully come out reconciled.

REGAN: Look, all Mrs. Smith  was asking for was information, a follow-up, a call back, an answer and she still hasn’t gotten it.

REGAN: Thank you so much, Brent. Good to see you.