UPDATE, 5:50 p.m. Eastern: Bozell also appeared on the Fox News Channel's Your World to discuss this matter concerning The Washington Post and Neil Cavuto. For video of that discussion with FBN's Stuart Varney, please see the video at the bottom of the page. 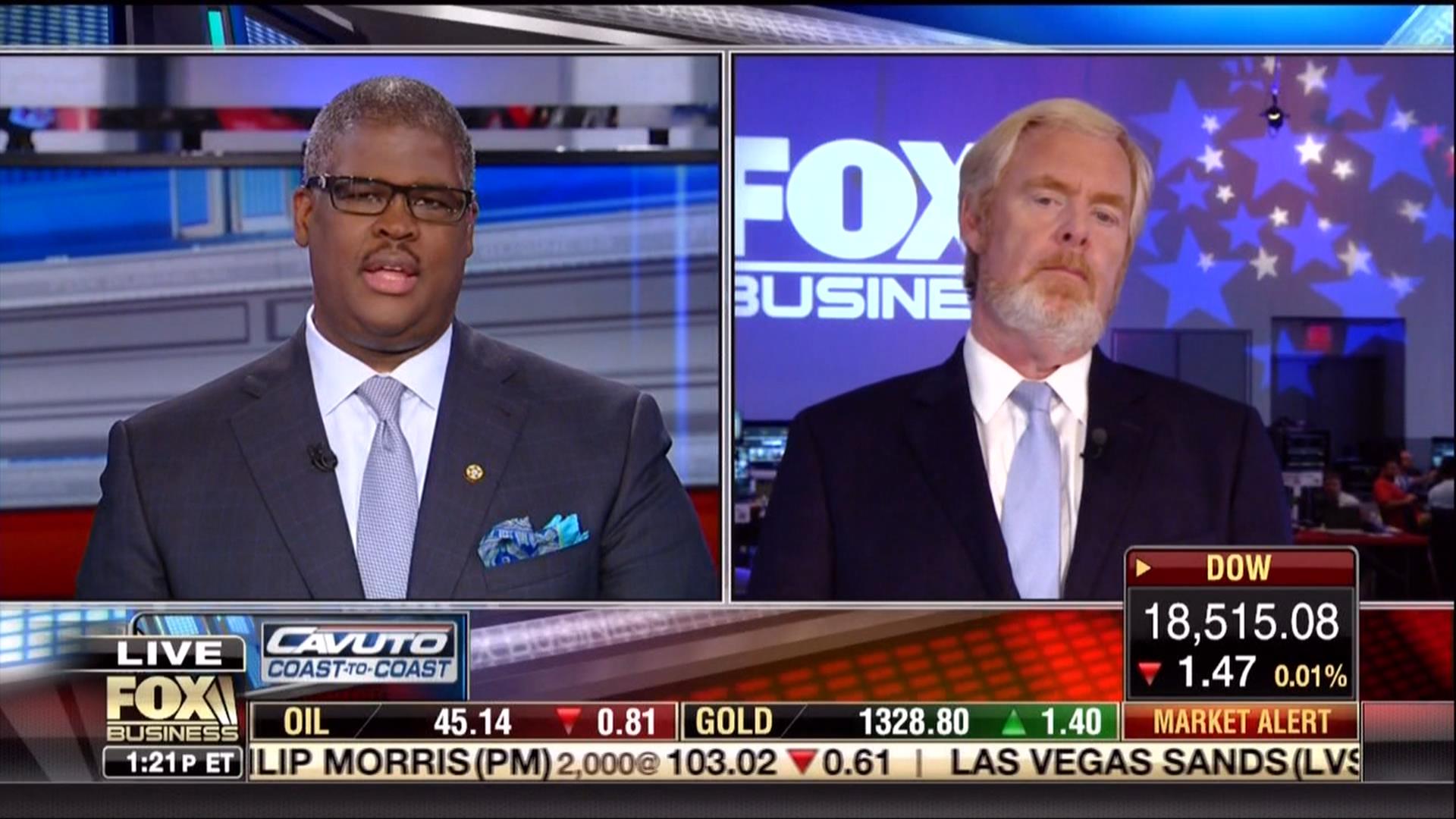 Fox Business Network brought on MRC President Brent Bozell Monday afternoon to talk about how the Washington Post smeared FBN host Neil Cavuto in an article in Sunday’s paper. In a roundup list of conservatives who were wrong about Trump getting the likely nomination, the Post inaccurately attributed a Marco Rubio quote to Neil Cavuto. After host Charles Payne asked Brent Bozell if this was “sloppy reporting,” Bozell responded that it was “absolutely sloppy” and that he thought the paper “owes an apology and a retraction.”

Payne observed that it seemed like the liberal media liked to pit conservatives against each other, with articles like this. Bozell agreed, that "the establishment press" like the New York Times and the Washington Post have always had a “certain disdain” for Fox News and because of that, they get loose with the facts and “gravitate” towards this kind of journalism. “I wonder how many people on the left they would look at in journalism?” Bozell asked. “They don’t. They want to find an opportunity to go after Fox at every chance that they get,” he added.

The Post has updated their online story with an added “correction” but time will tell if they offer a print retraction or apology to Cavuto.

See the transcript from the interview below:

CHARLES PAYNE: So clearly, it's the Washington Post that is dead wrong. We demanded that the quote that they attributed to Neil be retracted, though the Washington Post have apologized on the air and they promised, there's a promise that they will make a retraction in print, but now to media watcher Brent Bozell on this whole thing. Brent, what's your reaction to this? Is this sloppy reporting or something more deliberate about it?

BRENT BOZELL: Yeah, I would say sloppy reporting and I think that they do owe an apology and a retraction and the fact they said they're going to do it is a good thing. But you know, it also shows the fact that The Washington Post knows nothing about Fox News and knows nothing about Neil Cavuto. Because to know Neil and to know his show is to understand that the reason he is so successful, the reason that his show is number one in his time slot is because he doesn’t do that sort of thing. Neil's entire show is based on bringing on good guests, like me, bringing on good guests, and asking good questions and letting them give the answers. It’s always been his way of doing journalism. So it’s just sloppy. Absolutely sloppy. They could have done a good job. I mean, let’s face it, everybody did get it wrong, but that doesn't include Neil Cavuto.

PAYNE: What about the notion though, Brent, that The Washington Post and The New York Times that if they think there's something, an entity with a conservative bent that their mission has been to sort of divide and conquer, get them all at each other's throats because certainly this primary season has been pretty good fodder, pretty good soil for that kind of stuff.

BOZELL: You know, I think there's always been a certain disdain for Fox News within the establishment press. I don't like using the term mainstream by the way, because they're not. Fox is far more mainstream than The New York Times or The Washington Post.

PAYNE: I agree with you there but I’m saying that's their perception so they throw it all out there.

BOZELL: Yes, it's absolutely what they do. It's because of the disdain that they have that they gravitate toward a story like this and gravitate. I wonder how many people on the left they would look at in journalism. They don’t. They want to find an opportunity to go after Fox at every chance that they get, including when they do sloppy journalism.

PAYNE: Well, to your point, it was amazing that they replied so quickly and it remains to be seen, but I think they probably--

BOZELL: And if they do that, good for them because one thing we do know is that the press-- it's a very sad proposition, but so many in the press have such a difficulty in acknowledging wrongdoing and never mind for apologizing for it. So if they do, I applaud them.

PAYNE: You know There's a lot of introspection going on this election season. Let's hope maybe the press does that as well. Brent, thank you very much. Always appreciate it.

Here is video of Bozell's appearance on FNC later in the day: