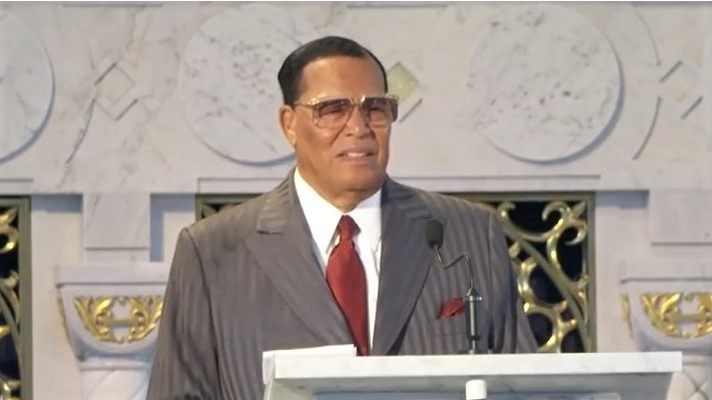 Netflix has nixed a documentary on Louis Farrakhan, the controversial founder of Nation of Islam.

The Honorable Minister Louis Farrakhan: My Life’s Journey Through Music was set to stream on August 1, even getting a shout-out (now deleted) video tweeted from Farrakhan himself. In the video, Farrakhan urges his viewers and listeners to watch the documentary, even asking them to leave comments on a website:

“My dear viewers and listeners, on August 1 you will be able to view the premiere on Netflix of the minister’s life journey through music. And, if you would like to leave a comment of what you think about that documentary, and its music, you can go to LCTWMusic.com and leave your comment. May God bless you — As-Salaam Alaikum,”

Although the documentary appeared on Netflix programming in the U.K, it did not appear in other lists for distribution in the United States, Australia or Canada.

For their part, Netflix said the documentary wasn’t supposed to be scheduled in the first place, and that it was “internal communication” that caused the mix-up.

Perhaps Netflix had a change in heart considering Farrakhan’s anti-Semitic past. This past February he spoke at a Nation of Islam Convention where he proclaimed that Jews were “responsible for all of the filth and degenerate behavior that Hollywood is putting out turning men into women and women into men.”

And it was only two months ago when Farrakhan’s "blue checkmark" was removed by Twitter for a video talking about "unmasking the Satanic Jew and the Synagogue of Satan.” He also claimed former president Barack Obama was “under Jewish influence” when his position on gay marriage suddenly evolved, and Hollywood actors were forced into sodomy to get parts.

The New York Times reported Jewish organizations were told that a “glitch” had occurred and the documentary would not be streaming, and many praised Netflix’s decision to cancel the documentary.

Rabbi Marvin Hier, founder of the Simon Wiesenthal Center, an organization devoted to combatting anti-Semitism, told the New York Times, “Documentaries should always be screened…But not [ones made] by bigots and haters.”

Netflix should show a documentary on how Farrakhan is wired into the Democratic Party, starting with DNC vice chair Keith Ellison. That would draw an audience.