Speaking at his alma mater, George Washington University, actor and Trump-hater Alec Baldwin seemed to promote the bullying of President Trump by saying that people “can't be mean enough” to President Trump because, in his opinion, the president is squandering a “tremendous opportunity.” 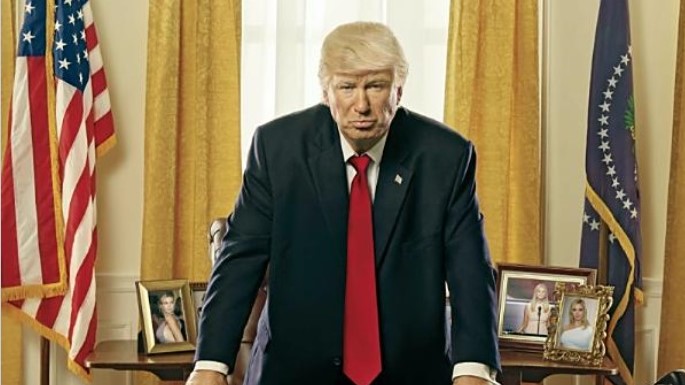 “We can’t be mean enough to this guy…I thought he would take a deep breath and say, ‘I’m the president now,’ and begin to focus on, not only the power and the prestige and all of those kinds of tactile but more common perks and benefits of being president…The president of the United States, beyond anyone alive, maybe more than anyone alive in the world, has the view of humanity that you could never get somewhere else…”

Baldwin, whose career now consists of riding the presidential coattails of Trump by portraying the president on the perpetually Hillary-mourning skit show Saturday Night Live, continued:

"You meet the best and the brightest around the world…You see real human suffering and people who are trying to heal that suffering,' he continued. 'You come home and you meet the creme de la creme of the arts, letters, academia, politics, all you do is shake hands and go to dinners and have photo-ops with the greatest Americans alive or the neediest Americans alive…And I thought to myself, my God, he would finally come to his senses and say what a tremendous opportunity this is for me as a human being.”

Baldwin said he’s often contemplated running for office, even saying he would make a good president but it “doesn’t seem to be practical with my lifestyle and my children.”

Baldwin was on campus with his co-author, NPR host Kurt Andersen, to promote a satirical faux-memoir of Trump titled You Can't Spell America Without Me. They were interviewed by bookstore owner Lissa Muscatine, who after being a Washington Post reporter became a Hillary Clinton speechwriter and senior political adviser. That's a cozy liberal bubble for all that hot air.