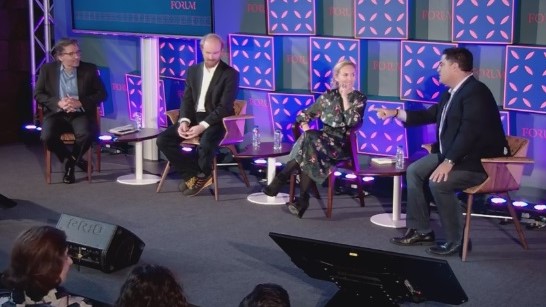 Urging for the need of a “global Islamic reformation,” Dr. Jasser expressed the need for a reform that stresses tolerance and a more secular approach to government. Dr. Jasser also told the other panelists not to indulge Muslims and make sure to identify threats posed by global jihadists that hijack Islam for political purposes.

The rant even continued into Uygur blaming Christians for “killing thirteen million people.” Uygur was the moderator of a panel called "Choosing the Enemy: Media Narratives on Terrorism." The Web Summit bills itself as a conference that “connects the technology community with all industries, both old and new.”

Is Uygur a student of history? Or is just another leftist trying to smear the Christian conservatives with a Nazi brush? Historians have long debated Hitler's twisted religious beliefs, and it would seem hard to argue that anyone would think that genocide somehow matches a "love your neighbor" Christian view.

If Uygur blames Christians for the Holocaust, it makes you wonder who he blames for those Protestants and Catholics (including clergy) who were killed under the fascists.