Papelbon was released last weekend after the Nationals were committed to paying him over $3 million despite being cut from the team. He was never a fan favorite after fighting with star slugger Bryce Harper, and then his pitching went south. Apparently these reasons weren’t good enough for Steinberg – and he decided to insert his opinion as to why Papelbon was let go – which included his political views – saying he wasn’t “liberal” enough for the D.C. fan base and because he wasn’t, it showed he "wasn’t particularly interested in reversing his local unpopularity.” 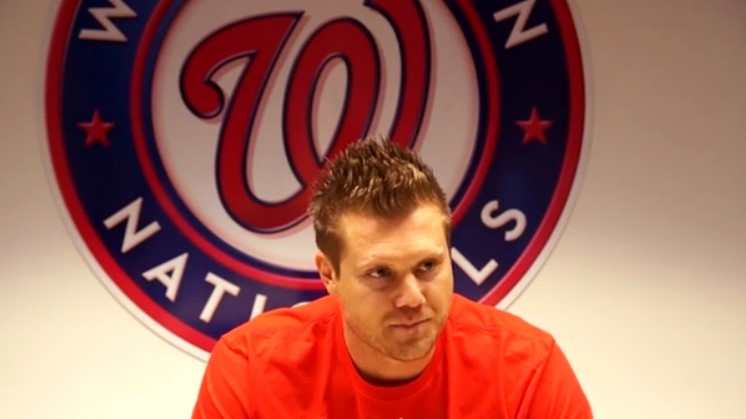 Now maybe players don’t, or shouldn’t, care whether the home fans like them. If a Nationals player did care, though, he probably wouldn’t have wanted to wear a T-shirt reading “Obama can’t ban these guns” to his let’s-make-amends spring training news conference. Nor would he have, on multiple occasions, played a political anthem while reporters were inside the Nats clubhouse.

The ditty was called “Vote For Trump,” and it included promises that “the wall will get built by Mexico” and that Trump would “bring back country [and] get rid of rap,” also noting that “if you don’t like it you can all just kiss our ass.”

Should fans judge athletes on the lyrics of their personal musical choices? That’s a terrible idea, too, unless your goal is to be forever miserable. You could argue that there’s courage in standing for your political beliefs even when they won’t play well in your home stadium — and my impression is that the Nats’ fan base leans more left than right.

But it all contributed to the impression that Papelbon wasn’t particularly interested in reversing his local unpopularity.

That could also be said of The Washington Post, even the sports staff -- it leans more left than right. So playing pro-Trump songs is going to antagonize the liberal media.