The Washington Post is already working on crafting Obama’s presidential legacy story once he leaves office next January – and it isn’t just any legacy they are attributing to him – it’s an “unusual” legacy. Why?  Well, The Post certainly couldn’t use ObamaCare which was shoved down the throats of Americans and far exceeded projected costs.  They couldn’t use the issue of Immigration that Obama so passionately ran on during his campaign – especially after it was just smacked down by the Supreme Court earlier this week.  No – Obama’s “unusual” legacy was being “a good dad,” something that had nothing to do with his presidency.

“An analysis of past presidents shows how unusual Obama's hands-on parenting really is,” claimed the subheadline. Historian Joshua Kendall has written a book on First Dads. Check out some of the never-ending overflow of sappiness from the Post -- you may want to grab a tissue, or a trash can. 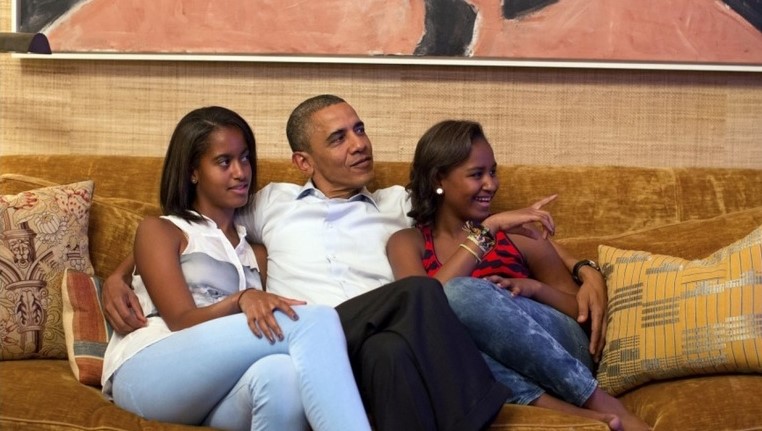 As Valerie Jarrett later told biographer Richard Wolfe [sic], she suggested that the candidate meet her for lunch at Chicago’s posh gym, the East Bank Club.

“What’s wrong?” Obama asked “the principal,” as he referred to his chief aide.

Jarrett replied, “Your heart isn’t in it. What’s wrong with you?”

“I miss my girls,” Obama said as tears welled up. “I don’t want to be the kind of father I had.” But after composing himself, he added, “I’ll work it out. I’ll be okay.”

The lovefest continued: "By nature a nurturer, Obama is just one of a handful of presidents who have been exemplary dads -- what child development experts call authoritative parents. This type of dad is loving but sets firm limits....I have found very few presidents fit into this category."

Apparently the writer, Joshua Kendall, did historical research as to come to the conclusion that Obama was an exception: "the vast majority of Obama's White House predecessors were consumed by politics and spent little time with their children."

He wrote that LBJ hardly saw his young daughters and that Jimmy Carter spent time with his kids when he could -- and George H. W. Bush often traveled to Connecticut back in the 1950's and 1960's, oftentimes leaving kids with various relatives. Maybe that was true, but it was also a different era -- which makes a great difference.

Oh but wait!  Let's not forget why Obama is such a great dad:

Obama was glad to help his wife, Michelle, by changing diapers and rocking Malia to sleep. But once fall came, the state senator and part-time law professor had to be away from the family's Chicago home at least half the week. And by early 2007, when he was both a U.S. senator and a full-time presidential candidate, Obama was forced to hand off just about all of the parenting responsibilities to Michelle.

Obama also had a rule that he would have dinner five nights out of the week with his family -- which left only two nights for fundraisers.  Ironic that Obama gets lauded for this but when Speaker of the House Paul Ryan wanted to be at home with his family on the weekends, he took a lot of heat.

Kendall ended his gushy piece by saying, "In sharp contrast to his own neglectful father, this president with the perfect attendance record at his daughters' parent-teacher conferences has emerged as a model father. Out of his own feelings of loss and alienation, which he described in [his early memoir] Dreams from My Father, has come a road map for personal and social transformation.... ..for Obama, good parenting is a powerful tool for social transformation. It may also be a key component of his legacy."

Someone please, get me a trash can.