Contemporary cultural liberalism is essentially a cult of narcissism. If you’re an acolyte, you need to see your self-image – no matter how aberrational – reflected everywhere. Even in the Bible.

But since you don’t have time to read that whole big book with all its tiny words and judging and rules and smiting and stuff, just head to The Washington Post’s  “Acts of Faith” section (AKA: “Trolling the Believers”), where they’ve never met a lifestyle they couldn’t somehow read into the Holy Book. 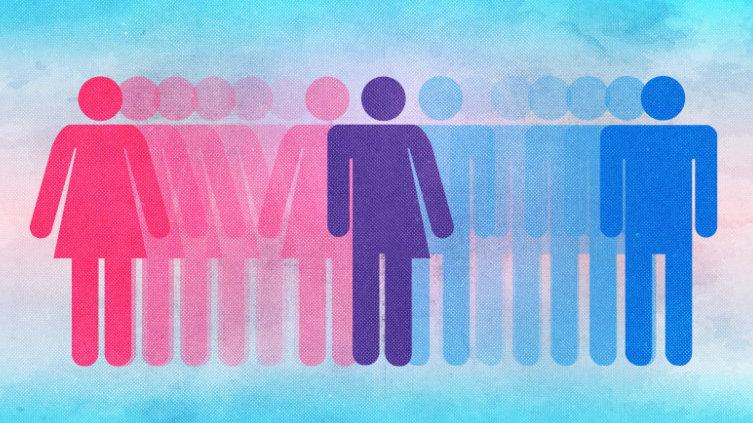 Take the recent contribution from Eliel Cruz, a self-professed bisexual Christian writer and the executive director of Faith in America. Cruz explains that millennia of Bible scholarship got it wrong – scripture says transgenderism is just ducky. Or at least, it doesn’t say “Thou Shalt Not Pretend Thou Art a Chick,” which is, to Cruz, the same thing.

“Everywhere you look, Christians seem to be taking a stand against transgender people,” Cruz laments, chalking it up to “ignorance of transgender identities” and “laziness in [Biblical] interpretation.”

Pointing to Genesis 1:27, Cruz writes that the “and” in “male and female he created them” is not intended to be “binary.” To support this assertion, he declares that when God is the “alpha and omega,” he is not just “those two letters” but the “entire alphabet.” (Including, we’re to assume, the LGBTQ and sometimes Y letters. How convenient!)

Cruz calls readers to be wary of individuals “claim[ing] religious freedom to discriminate against LGBT people, while lacking even a strong theological backing.”

He needn’t worry. These days, any social justice warrior worth his/her/ze’s salt can bully most civil institutions into acquiescence and secure the now-common diversity quotas, safe spaces and speech codes. With a little push from like-minded media, universities, government agencies, corporations and the more boneless varieties of Christianity can’t get in line fast enough.

True, churches that maintain doctrinal traditionalism or Biblical fidelity are a special problem. If they aspire to be anything more than book clubs with self-affirmation pot luck suppers they have this Truth thingy that supersedes “personal truth,” and is darned inconvenient to the self-and sex-obsessed crowd.

But those people don’t read “Acts of Faith,” and don’t take their moral cues from The Washington Post. So in the end, Cruz is just preaching to his own choir.